The Scotland squad have been welcomed home in Edinburgh following their exit from the Women's World Cup in France.

Shelley Kerr's side failed to make it out of the group stage after conceding a late retaken penalty during Wednesday's 3-3 draw with Argentina.

The team was led out through Edinburgh Airport's international arrivals by Erin Cuthbert, who scored the third goal at the Parc de Princes in Paris on Wednesday.

Claire Emslie, who scored against England in their first fixture, and captain Rachel Corsie followed with the rest of the squad just behind.

Fans who had gathered in the terminal applauded their arrival, with some shouting: "Well done girls."

One lucky family who brought a saltire along had their day made when coach Kerr stopped to sign their flag and get a picture.

Mairi Gladwin came to the airport from Glasgow with her two excited children seven-year-old Anna and five-year-old Jack.

Anna said she "loves football", with her mother adding they were "over the moon" at the chance to meet the team.

Ms Gladwin told the Press Association: "The girls did really well. That's the reason why I'm here - so that Anna could see the women who play on the telly and support them."

Scotland could have progressed from the group stage with a win on Wednesday despite defeats to England and Japan earlier in the tournament.

Kerr was last week recognised in the Queen's Birthday Honours list to receive an MBE.

On Saturday, Perth Racecourse will also pay tribute to the women's team with a horse race named in their honour.

The SWNT Our Girls Our Game Handicap Hurdle is the last of seven races at the course on the day, starting at 5.25pm.

Coronavirus: Boris Johnson promises COVID-19 tests will be 'turned around' in 24 hours by end of month 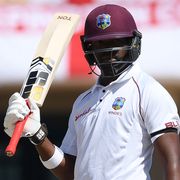 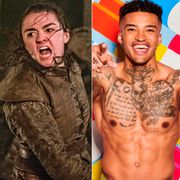