Ben Fogle and wife Marina choose not to have a 'closed door house' with their two children, 9-year-old Ludo and 7-year-old Iona. He told Heart's Naomi Knight exactly what this means and the positive impact he hopes it has on his children.

Ben Fogle and wife Marina made headlines earlier this year after revealing that they were raising their two children in a 'naked house'.

However, the adventurer, 44, explained to Heart that it's not exactly what it sounds like.

"To say we raise them in a naked home is a slight exaggeration because it’s not like we just walk around naked all the time," Ben joked.

"I think what Marina implied when she wrote the article was that it’s not a ‘closed door house’.

"If you’re changing or if you’re even in the loo, we don’t necessarily close doors."

The end of the Everest adventure with my beautiful family back at home. Enjoy your weekend. Happy wedding Harry and Meghan. Love Ben x #everest2018

Ben also explained that he's keen to keep self-consciousness to a minimum in his family abode, and encourage 9-year-old Ludo and 7-year-old Iona to not be ashamed or embarrassed about their bodies.

READ MORE: Ben Fogle shares heart-breaking moment he held his stillborn son... and the promise he made him

He told Heart: "I’ve noticed my son since he’s gone off to school - with changing rooms and things - I’ve noticed at home he wraps a towel round himself now and hides in a corner and closes doors when he’s changing…and thats obviously children as they grown up, they get self conscious.

"But I think that self consciousness can be detrimental; a human body is a human body and I think Marina and I have always just tried to practise what we preach, and you shouldn’t be ashamed of who we are, especially in a family environment."

So today we joined a turtle conservation project in which fisherman are paid to save the eggs that have traditionally been eaten here in Sri Lanka. The eggs are reburied in the sand and eventually released back into the Indian Ocean. Here are our three little friends about to be sent on their way #srilanka #conservation #turtle #oliveridleyturtle

Responding to those who may criticise his open approach to parenting, Ben added: "Some people think ‘oh no thats something you must be very private about all about nakedness, you must be private about anything to do with the body’ - I think where we have met is a halfway house.

"We’re not naturists - we don’t march around; it’s more that if the children walk in and we’re in the shower we don’t scream and go ‘argh!’ and rip the shower curtain across.

"It's just a complete acceptance. It's more that we don’t make a point of it at all."

And, when it comes to his kids, the TV personality is also keen to lead by example by living a happy and fulfilling life.

With a childhood ambition to scale Mount Everest, Ben finally conquered the tallest mountain in the world in tribute to baby Willem, who was stillborn at eight months.

It was a dream he'd sidelined when fatherhood became a commitment, but he felt he was doing himself and his children an injustice by not fulfilling his ambition.

Ben told Heart: "When parenthood came along I decided to conform to society's expectation and park any ideas of climbing Mount Everest, because no sensible father takes on risks like that!

"And then I thought, 'I’m encouraging my kids to follow their own dreams, to do whatever they want to do and yet I’ve abandoned my own' - and that’s I suppose where the seed, the germ of this Everest dream came.

"I fulfilled a childhood dream." 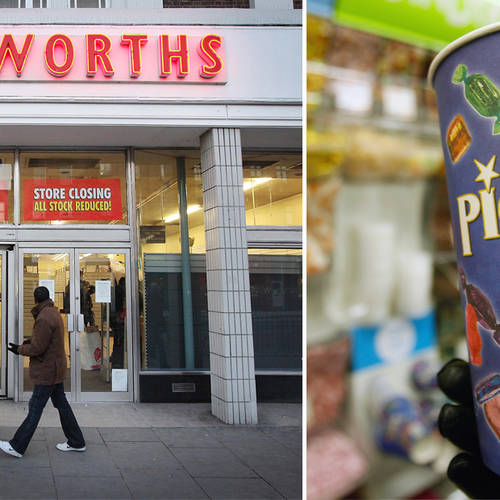 Woolworths 'to return to the UK high street'

The Sister cast: Who is Bob actor Bertie Carvel and what else has he been in?