How old is Toby-Alexander Smith and what else has he been in? Everything you need to know about the EastEnders star...

EastEnders viewers have watched evil Gray Atkins terrorise his wife Chantelle over the past few months.

And things are set to come to a tragic end this week, with Chantelle murdered by her abusive husband.

But while his on screen character is hated by the nation, the actor who plays him has actually been described as ‘a sweetheart’ by co-star Jessica Plummer.

So, who is Toby Alexander Smith, how old is he and is he married? Here’s what you need to know…

Who plays Gray Atkins in EastEnders?

Gray Atkins has been played by 30-year-old Toby Alexander Smith since he joined in March 2019.

The star has had many roles before bagging a job on The Square and appeared alongside Anna Paquin in TV series Flack.

Where is Toby Alexander Smith from?

Toby is originally from Lichfield in Staffordshire, but he trained at the Arts Educational Schools in London.

It is unknown whether Toby has a partner, but by the looks of his Instagram page he likes to keep his personal life out of the spotlight.

Meanwhile, Toby recently opened up about the backlash he has received from viewers for playing abusive Gray.

Speaking about the storyline with Stacey Dooley on Tuesday's edition of Secrets from the Square, he shared the reactions he receives rom the public.

He revealed: "They usually say, 'Are you Gray from EastEnders?' I'll say yes, and then I'll get a bit of a look.

"It gets difficult when it becomes personal because people sometimes can't differentiate between the character and me as an actor, but that's fine.

"If one person gets out of an abusive relationship, then it's worth it. I'll take it all day long."

Toby has worked closely with Women's Aid during the powerful storyline, and has been praised by the group on the way it has told the domestic violence story. 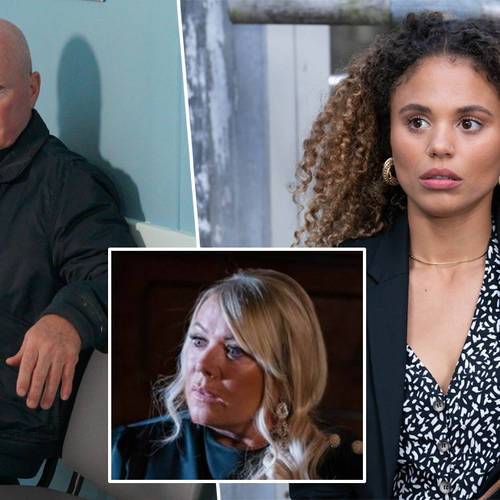 EastEnders return: What happened in the last episode before lockdown?