Paul Hollywood, Prue Leith, Noel Fielding and new host Matt Lucas may be back on our screens sooner than we first thought.

The Great British Bake Off series 11 has officially wrapped.

The Bake Off news was confirmed on Tuesday August 19 on the show's Twitter page.

Sharing a picture inside the iconic white tent, they wrote: "Filming has wrapped on the new series of The Great British Bake Off. More news soon..."

This exciting news comes after it was reported the show could be axed this year amid coronavirus concerns.

READ MORE: What do Great British Bake Off winners win?

Filming has wrapped on the new series of The Great British Bake Off. More news soon... pic.twitter.com/tyDllxJGSv

According to The Sun, Love productions – the makers of the show – were reportedly at risk of cancelling the series until 2021 in order to keep staff, judges and contestants safe.

At the time, a spokesperson for the show told the publication: “We are working hard to deliver Bake Off to the audience this year, the priority is the safety of everyone involved in the production of the series.”

However, it appears filming did happen in secret, and a new series of GBBO will be on our screens later this year.

Fans of the show are of course ecstatic about the news, with many looking forward to the new series, whatever it may look like.

One person commented: "A socially distanced Bake Off. Exciting!"

Another wrote: "This makes me so happy! Something to look forward to!" 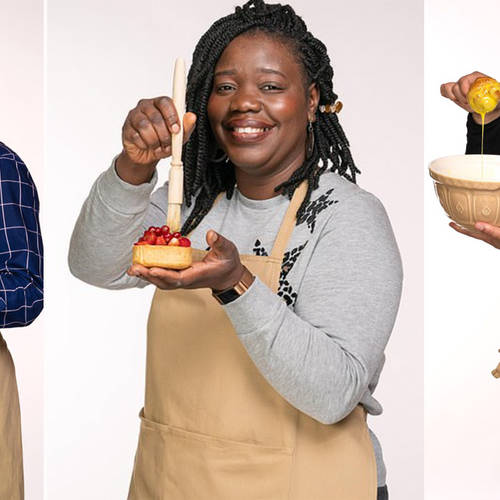 Is Alison Hammond married? And who are her kids?