Over 30,000 Fans Travel To Wembley For FA Cup Semi

The Seagulls ran the reigning Premier League champions very close in front of 33,000-plus Albion supporters, but Gabriel Jesus’s fourth-minute goal proved the difference for Pep Guardiola’s side. 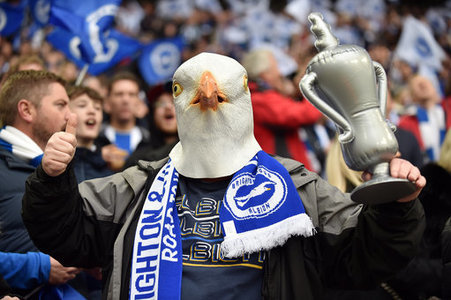 Albion couldn’t find a breakthrough despite pressing hard for an equaliser, and Hughton applauded his players for giving their all against a side still in contention for three trophies this season.

He said, “I’m incredibly proud of the players. After conceding so early, I doubt there was anyone in the stadium that felt a second [goal] wasn’t going to come.

“Apart from the goal, I’m struggling to think of a real clear chance they had inside 90 minutes, and that certainly wouldn’t have happened too often to them this season.

“When we analyse the game and what our players did, the distances they covered, one thing I’m quite sure about is that it will be as high as it’s been at any stage this season.

“To run such a brilliant team, like Manchester City, close, it takes such a huge effort. With the performance the team gave, I think it made the supporters very proud.”

Alireza Jahanbakhsh was involved in a first-half incident with Kyle Walker, which saw both players yellow carded after going to VAR, but Hughton felt the City full-back shouldn’t have remained on the field.

“At the time I didn’t know, I was too far away to see, but I’ve seen it a few times since and I do think it should have been a red card.

“We ask for players to be honest, and I’m quite sure if Alireza goes down clutching his head, for that moment there would have been a different outcome.

“You have to look at the action — the heads are together, and what I do accept is that there isn’t distance between them, so in regards to him hurting Alireza, that wasn’t the case.

“But if you’re looking at aggression from one player to another, then that certainly would have been a red card on other occasions.” 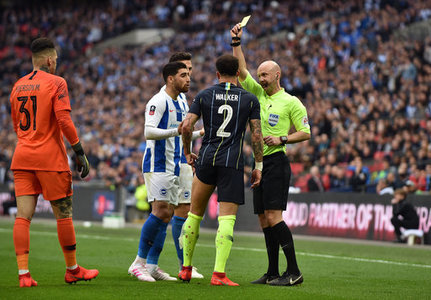 The Seagulls now head into back-to-back Premier League matches at the Amex Stadium against AFC Bournemouth and Cardiff City, and Hughton challenged his players to take momentum into those games.

“The level we were able to reach today is something we need to take into the forthcoming games.

“It’s been a wonderful journey — the supporters were brilliant and you can see how much it meant to them by how many turned up today.

“But the Premier League is more important for us, and on Monday morning our Premier League heads need to be on, because we’ve got a fight on our hands.

“Everybody else is working and trying as hard as they can, so we need to make sure we get the results as quickly as possible.”

COVID-19: Quarantine rule change will 'get global Britain back in business'