Hundreds of cannabis plants have been found in the Black Country in an underground bunker, after a police drugs swoop.

Officers found the secret back garden at an address in Bushbury Road, Wolverhampton yesterday morning.

Almost 20 plants were found at first, but police then carried out further searches after seeing some suspicious panelling.

#RAID | Hundreds of #cannabis plants have been discovered in a hidden, underground bunker after a drugs swoop by officers in Bushbury Rd. #Wolves. Two men have been arrested on suspicion of producing cannabis. More here ➡ https://t.co/SwPdypIiLu pic.twitter.com/dmldFvlpEU

It revealed an underground set up with around 250 more plants.

Two men, aged 57 and 41, have been arrested on suspicion of producing cannabis and are being questioned by police. 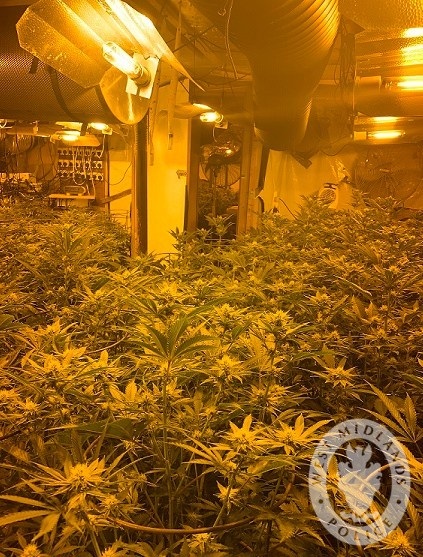 Inspector Stephanie Furber, from Wolverhampton Police, said: "The plants were well hidden but officers acted on their suspicions and discovered the cannabis factory.

"Drugs will not be tolerated on the streets of Wolverhampton as they not only destroy lives themselves, but can lead to further crime."