An HGV driver who took both hands off the steering wheel to roll a cigarette was just one of dozens of motorists caught by police using unmarked lorries on our main roads.

Video footage was taken as we followed a lorry on the A38 heading towards Exeter.

The trucker was one of a number caught within a few hours of the truck patrolling the M5 and A38.

He was spotted over a number of miles letting go of the steering wheel to rest his elbows on the wheel.

As we drew alongside we could clearly see how he took tobacco out of a pouch and rolled a cigarette.

At one point the driver even waved us by not realising that we were filming and taking photographs of his distracted driving.

Another driver was caught looking at his mobile phone in his right hand, as we pulled alongside he then clocked us and held the phone close to his chest.

When checks were made it was found he already had nine points on his licence and he was reported, his excuse was that he was looking on his phone for directions.

Among the most common offences detected by the unmarked police truck were people not wearing a seat belt., drivers using a mobile phone and motorists not in proper control of their vehicle.

Sergeant David Thubron who was driving the vehicle is amazed by the levels of bad driving he sees on a daily basis.

He said; “You can see his hand was up and those extra seconds just hanging back we could see his hand on his mobile phone.

“That would have gone undetected but with this extra height of being in the cab we can see it.”

Nationally, the cabs have helped to identify over 3,000 unsafe drivers over the past year.

He continued; “It’s just so dangerous and that unawareness and that risk is so much greater when you are distracted even for a split second.”

It is hoped the action on the M5, A30 and A38 will encourage everyone to think about what more they could do to improve how they drive. 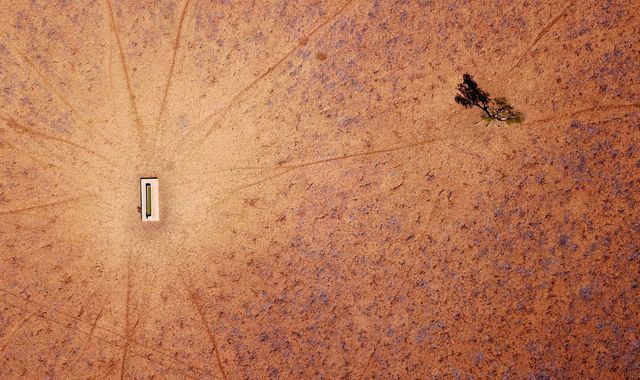 This year's climate summit in Glasgow is last hope for limiting global warming, minister to warn

COVID-19: Fears of a 'partially lost generation' as gap widens between pre-schoolers