Katy Collins says she now thanks her ex for his "brave" decision to end their engagement just six weeks before their wedding, after a once in a lifetime adventure helped her find inner peace.

Katy Collins has the world at her feet. Literally.

At 30-years-old she's travelled to numerous countries including India, Nepal, France and South America. She's climbed active volcanoes, slept in Thai jungles, and now she can add published author to her C.V after signing a deal for three books inspired by her travels.

With such positive prospects for the future, it’s almost hard to believe that just four years ago Katy's life came to a standstill when her fiancé Thom broke off their engagement just six weeks before the wedding.

"I really didn’t see it coming, it felt as if it was completely out of the blue and I was shell-shocked," Katy explains.

“You spend a large part of your life thinking you’re going to marry this person. We’d started building a life together and we owned a house, so I was really ready to settle down.”

The pair were young sweethearts, having met at Salford University, and despite the odds, they stayed together for nine years before Thom finally popped the question. 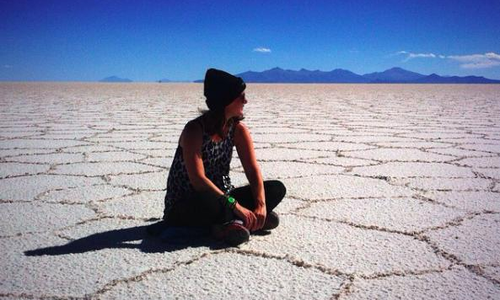 However Katy’s dreams of a fairytale wedding were quickly dashed when Thom told her he no longer wanted to marry her, and the reality of being single and alone was something she was going to have to come to terms with.

“Obviously it was a devastating experience, as it would be for any girl,” she confides. “I was completely heartbroken."

Given such heartbreak, it's inspiring to see that Katy has such a positive outlook on her bleak love life.

Surprisingly, she credits her ex-fiance for his "brave" decision to end their engagement and admits that she admires his honesty.

"I look back and I do actually think he was really brave to do what he did," Katy muses.

"Making the decision to break off an engagement and cancel a wedding after you’ve invested so much time and money can’t be an easy thing to do.

"I think I’ve got to a point in my life where I actually respect him for being truthful."

So how does a girl who believes she's found "the one" begin to rebuild her life after such rejection? Let alone put a crappy situation into such good perspective.

Buy a one-way ticket around the world. That's how.

With all hopes of a honeymoon out of the window, Katy began to flirt with the idea of travelling, but it was soon clear that it wasn't just a quick fix holiday she needed.

Katy credits her friends and family for "planting the seed" to travel the world, but admits she had major doubts as to whether she should give up her glamorous job as a PR girl - mainly because she saw herself as more "career focused" rather than a free-spirited backpacker.

"[My friends] were like ‘the world is your oyster'", she recalls. "I just thought to myself it’s now or never I might as well give it a go."

Having sold what would be her martial home and her car, travelling the world now seemed like a viable option for a single twenty something with no children.

Deciding to take a leap of faith, Katy used all her savings to fund her travels for 6 months but - unbeknownst to her - the trip would soon become her new career. 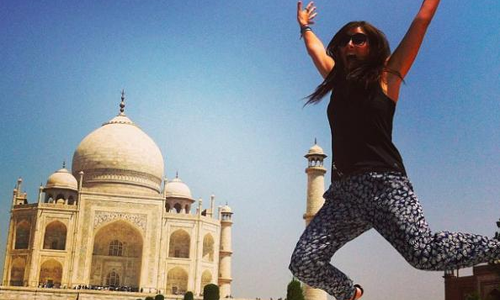 Her blog NotWedOrDead gained a large following from people inspired by her story, and her travels now serve as the muse for three books including 'Lonely Hearts Club: Destination Thailand', which she hopes will encourage people going through similar heartbreak.

"When my wedding got cancelled, I found myself searching for answers to help me understand and come to terms with the situation. I couldn’t find anything," Katy recalls. "I have people writing to me all the time asking me for advice and now I've written a book that shows that heartbreak doesn't have to break you!"

So was travelling the cure she needed for her broken heart?

"Travelling is a good remedy but it’s definitely not a quick fix. There are moments of loneliness and a lot of times when you’re left with your thoughts and find yourself grieving your relationship." Katy admits.

Despite being "completely single" four years on from her last relationship, Katy is undeterred by the fact her peers have married and settled down as she's loving her unconventional lifestyle.

Among those set to get hitched is her ex-fiance Thom, but Katy insists the end of their relationship no longer pulls on her heartstrings.

"Sometimes I find myself thinking ‘What if?' There’s always a part of you that wonders if you did something wrong, or if there was anything you could have done to save the relationship," Katy says with the kind of rousing spirit you'd expect to hear in a Taylor Swift break-up anthem.

"However that’s my past life, I feel like I have finally closed that chapter." 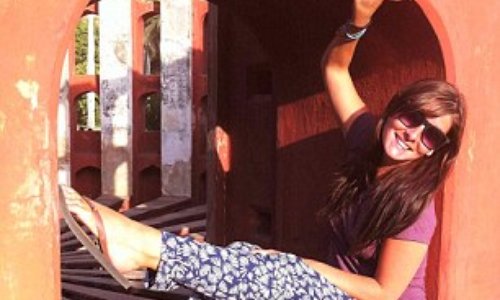 "Being dumped is awful no matter the circumstance, but the sooner you start to believe in yourself and know that life does go on and there is a light at the end of the tunnel - the better. I am living proof of it! I managed to turn a negative situation into a positive. It really was one of those sliding door moments in my life."

With her new found confidence and independence, it's hard to find any reason why Katy would need a man in her life at all, but she's still a romantic and firmly believes in love.

"I haven’t let my past experiences dampen my outlook on life," Katy says confidently without an ounce of bitterness. "I’m still really optimistic that the right guy will come along when I least expect it."