Police guard Ikea after 3,000 teens descend on store to play hide and seek

Police were called after 3,000 teenagers planned a huge game of hide and seek in the Glasgow furniture store

Police in Glasgow have been forced to stand guard at an IKEA after thousands of teenagers planned a huge game of hide and seek in the furniture store.

Around 3,000 people had signed up to play the game on Facebook, forcing the police to stand guard at the entrance.

Staff at Braehead became aware of the Facebook chain on Saturday, and drafted in extra security as well as the police.

Groups of youths who police suspected were only there for the game were then turned away from the shop.

One person wrote on Facebook: "To the person who said they phoned the store, this event is not organised by Ikea and they now won’t let people in."

It was claimed that health and safety was the reason why the game was forbidden from taking place.

Rob Cooper, IKEA Glasgow Store Manager, said in a statement: ‘We need to make sure people are safe, and that’s hard if we don’t know where they are.

“The safety of our customers and co-workers is always our highest priority. We were aware of an unofficial Hide and Seek Facebook event being organised to take place at our store today and have been working with the local police for support.

“While we appreciate playing games in one of our stores may be appealing to some, we do not allow this kind of activity to take place to ensure we are offering a safe environment and relaxed shopping experience for our customers.”

This isn't the first time Ikea has been used for the game - and store bosses have previously allowed it to take place. 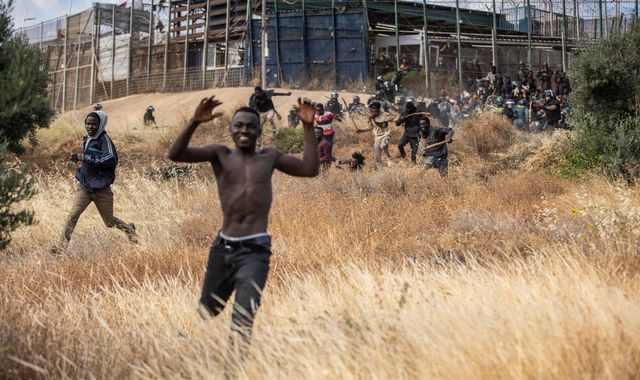