Environmental activists have staged a "die-in" protest underneath Dippy the dinosaur at the exhibit's temporary home in Glasgow.

Extinction Rebellion Scotland said around 300 people, many of them in families, were involved in the protest at the Kelvingrove Art Gallery and Museum on Saturday.

The activists lay down under the well-known copy of a diplodocus skeleton, as though they were dead, to convey their message that climate change may cause the extinction of the human race.

Many held handwritten signs bearing the question: "Are we next?" the campaign group said.

The 20-minute-long event was organised by the Wee Rebellion, a climate change protest group for young people in Glasgow, associated with Extinction Rebellion.

And some protesters scaled Glasgow's Finnieston Crane and hung banners at City Chambers as part of nationwide protests.

Extinction Rebellion said it is aiming to raise awareness of the "ongoing sixth mass extinction of life on Earth which is being caused by industrial agriculture, overfishing and deforestation".

A spokesman for Glasgow Life, the arts organisation that manages the Kelvingrove, said: "The protest was orderly and lasted for around 20 minutes, before those involved dispersed. There was no disruption to the venue."

Dippy, the Natural History Museum's famous diplodocus, went on display to the public in Scotland for the first time in January and is staying in Glasgow until early May.

Scotland's largest city is the most northerly stop for the 70ft giant model dinosaur skeleton, marking the halfway point of its three-year tour of the UK.

Protesters also took to the streets of Brighton to play dead, staging 11 "die-ins" around the East Sussex city on Saturday afternoon.

Around 300 activists from the local arm of Extinction Rebellion took part, a spokesman for the group said.

The 11-minute long acts were said to denounce the mass extinction of wildlife and represent 11 years the group says the world has left to act to avoid "climate catastrophe".

The protests took place by prominent landmarks including on Brighton Palace Pier, on the beach and by the i360 viewing attraction.

Coronavirus: WHO to roll out 120 million rapid COVID-19 tests to poorer countries 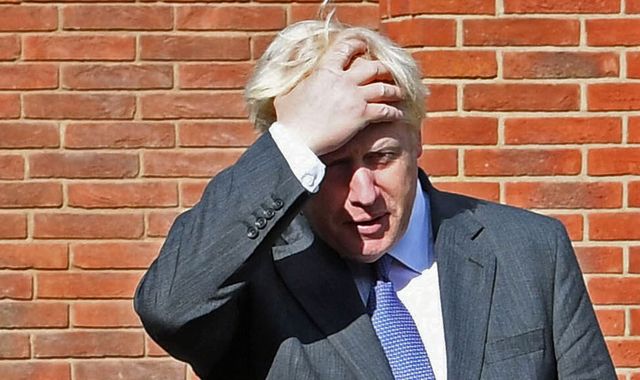