A man who paid to watch children being sexually abused in the Philippines via livestream has been jailed for nine years.

Prosecutors said Matthew Bell is the first person in Scotland to be convicted of livestreaming sexual abuse.

The 51-year-old used adults in the Philippines to prey on children and livestreamed the abuse to his home in Irvine, Ayrshire, over the internet.

Sentencing Bell at the High Court in Glasgow on Thursday, Lord Arthurson said he had plumbed new depths of depravity and that he would sentence him as though he had carried out the abuse himself.

He gave Bell an extended sentence, jailing him for nine years and ordering him to serve six years on licence after his release, which means that he will be monitored in the community after release.

In a statement later published on the Judiciary of Scotland website, Lord Arthurson said: "Matthew Brown King Bell, on July 2 2019 at a preliminary hearing at Glasgow High Court you were convicted on your own plea of extremely grave sexual offending in which your victims were an adult female and several pre-pubescent children, all unknown to you, whose abuse in the Philippines you orchestrated and livestreamed to your home in Irvine by way of an internet connection.

"You used third party adults in the Philippines to act as your proxy in this appalling criminal conduct, and in respect of at least some of these charges, on the information before me, you did so apparently on a commercial basis."

He added: "Those working in these courts require in large part to endure a daily diet of depravity, but on occasion an indictment comes before the court in which new depths of such depravity are plumbed.

"I have without difficulty concluded that yours is such a case."

Lord Arthurson said Bell presents a "high risk of serious harm" which led him to impose the extended sentence.

He added: "Let me be crystal clear: I propose to sentence you on no different a basis than had you yourself undertaken the sexual abuse libelled in these charges in person."

Detective Inspector Susan Milloy, of Ayrshire Public Protection Unit, said: "It is unimaginable what impact Bell will have had on his victims in this case, many of whom were not even within the same country as their abuser.

"We hope that this conviction and sentencing send a clear message. You may think that by sitting in your home livestreaming abuse that you will not be caught, but you will.

"We are continuously gathering information and intelligence with a wide range of partners. Make no mistake, we will come after anyone who is committing these heinous crimes, no matter how long it takes."

An NSPCC spokesman said: "The sentence handed to Bell reflects the gravity of his offending. Behind every sickening video viewed by Bell were real children suffering the most appalling sexual abuse.

"It is vital he receives effective treatment behind bars to reduce any threat he poses to children in the future.

"The production of child abuse images is a global criminal industry and the war to stop it is only just beginning."

Coronavirus: Public transport restrictions will be eased to get people back to work - report 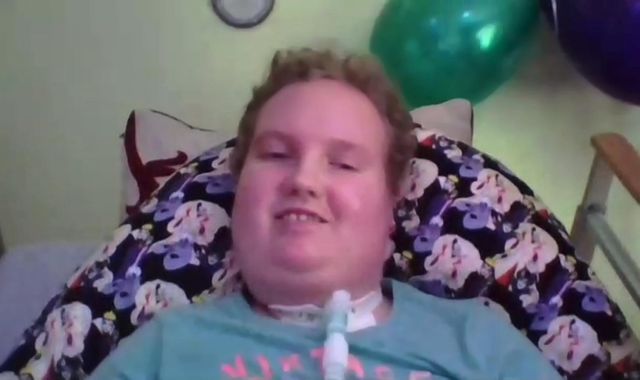