Sturgeon: Brexit can be stopped

Stopping Brexit must be the "top priority", Nicola Sturgeon said as she claimed it is now possible for the UK to remain part of the European Union.

The Scottish First Minister argued the "mess" created by the Conservatives in the Brexit process could provide pro-EU politicians with a means of preventing the UK's exit.

She spoke out after MPs in the House of Commons held a series of indicative votes as part of efforts to resolve the current deadlock, resulting from Theresa May's failure to secure a majority for her Brexit withdrawal deal.

The SNP leader said during First Minister's Questions: "This whole process thanks to the Tories is now such a mess that stopping Brexit altogether must now be our top priority.

"And moreover that is now possible."

There was criticism of SNP MPs, who voted against the proposal for the UK to have a customs union with the EU despite the party having long argued in favour of a "soft Brexit", which would mean the UK stayed within both this and the European single market.

"When it came to the crunch the First Minister whipped her MPs against supporting her own policy of a customs union," the Tory said.

"Isn't it the case that what Scotland saw yet again yesterday is then when push comes to shove for the SNP it is not about finding a solution to Brexit it is about pursuing their independence obsession."

"That was ignored by the Tories and indeed everybody else.

"Now that option , which I think is the minimum you would need to protect Scotland's interests, wasn't actually on the ballot paper last night.

"That said, over the next few days we will continue to work across Parliament for a compromise of that nature, if that proves to be the only alternative to a hard Brexit."

With halting Brexit now in her sights, she argued: "The way to stand up not just for Scotland's interests but the interests of the entire UK right now is to recognise that this Brexit process is a complete and utter mess, and put this issue back the people."

Ms Sturgeon noted the indicative ballot in the Commons had revealed more support for either a People's Vote or a customs union than for the PM's deal - which has been heavily defeated on two occasions.

"I think that does give the House of Commons something to move forward with into next week," she said.

The First Minister added: "The right thing to do now is to put this issue back to the people and if Jackson Carlaw was interested in standing up for Scotland, or indeed the interests of the UK, it is the option he would be arguing for too."

Ms Sturgeon hit out at the Prime Minister after her offer to resign failed to secure the necessary votes for her deal.

"Theresa May must be the only leader in living memory who has tried to fall on her own sword and has managed to miss," Ms Sturgeon said.

She called on both the PM and Mr Carlaw to accept "the deal is dead" and it was time to "move on to another option".

Ms Sturgeon said: "The option which got most votes last night in the House of Commons was the people's vote. That's the right thing to do."

But Mr Carlaw countered: "Nicola Sturgeon doesn't stand up for the Scottish interests, she stands up for the Nationalist interest."

Speaking about the ballot of MPs, he added: "For the avoidance of doubt, no deal was rejected, a second referendum was rejected again, revoking Article 50 was rejected.

"Yesterday when it came to the crunch the First Minister whipped her MPs against supporting her own policy of a customs union and single market membership and that was defeated, too."

He told Ms Sturgeon: "Surely it is time to back the deal and get on with it." 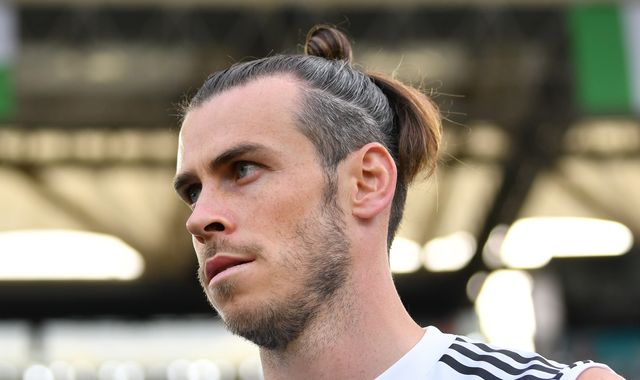