A company which admitted breaching health and safety laws after a woman was killed by debris blown off a building roof by Storm Doris has been fined £1.3 million.

Tahnie Martin, 29, from Stafford, was struck by a wooden panel which had been torn from its "rotten" fixings on the roof of the Mander Shopping Centre in Wolverhampton in February 2017.

An inquest previously concluded a plant room on top of the roof, from which the panel was ripped away, may not have been maintained for nearly two decades.

Cushman Wakefield Debenham Tie Leung Ltd, which was the managing agent responsible for centre maintenance at the time, had already admitted breaches of health and safety rules.

She said: "By February 23, the parts intended to secure structures to the brick were entirely rotten and corroded.

"Unable to withstand winds of up to 59mph, they were simply blown away."

She added: "An inquest jury concluded the panel was blown away because of a lack of maintenance resulting from wet rot and corroded metal fixings."

Mrs Justice Carr made reference to the "serious failing" of the company in not properly inspecting the roof, naming the then operations manager Phil Dutton, his supervisor, Andrew King, and others at the company in failing to identify structures on the plant room roof.

She said: "On the material before me it is extremely difficult to see how Mr Dutton, Mr King and others could not have noticed existing structures on the plant room at any time between September 2012 and February 2017.

"If the structures were genuinely not seen and identified or noticed in reports, it would suggest no or only a most cursory safety assessment on top of a roof of a large building."

The judge added: "A significant number of members of the public were put at significant risk of death or grave injury."

She described as "chilling" CCTV footage showing just how many people had passed through the area before the incident, including 88 adults, three teenagers and 10 children.

Earlier, the judge was told Mr Dutton, whose job it was to oversee maintenance, had "assumed" the plant roof had been "flat".

Three other surveys, conducted in 2014, 2015 and 2016, by outside contractors, also made "no reference" to structures on its roof, a barrister for the company said.

The firm has previously apologised to Miss Martin's family, and another woman Ramal Sarpal, who was also injured by the wind-blown debris, and was a work colleague of Miss Martin.

A full inspection of the surrounding roof space carried out after Miss Martin's death found "over 50 recommendations for urgent action, which otherwise had health and safety implications", prosecuting barrister Bernard Thorogood told the court.

He said it was the Crown's case the firm had overseen "systemic" and "serious" failings, though the company said at the time it believed it had "robust" maintenance procedures in place.

“Six months from now will anyone at that company even remember Tahni’s name?” Tahni Martin died after being hit by debris torn from the roof of the Mander centre in #Wolverhampton during storm Doris. Her mother Rosie says she’s furious all the company got was a £1.3m fine. pic.twitter.com/hw1uuwLrJu 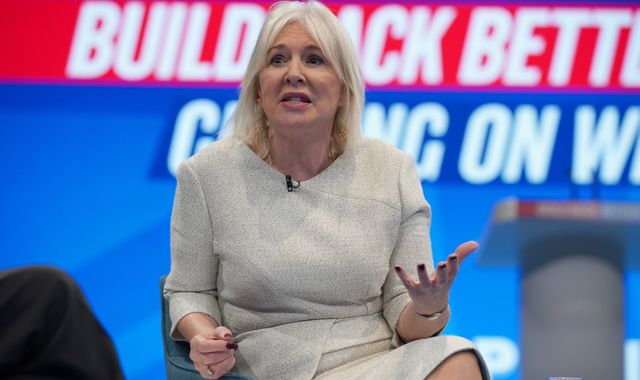