A man - who sold toxic slimming pills online which killed a bulimic student from Shropshire - faces a wait to find out if his convictions will be overturned.

Bernard Rebelo, from Gosport, Hampshire was jailed for seven years in June last year after being found guilty by a jury of the manslaughter of 21-year-old Eloise Parry, from Shrewsbury.

She died in hospital on April 12 2015 after taking eight tablets containing the poisonous Dinitrophenol (DNP).

Rebelo, 31, was found guilty at Inner London Crown Court of two counts of manslaughter and one of placing unsafe food on the market.

Challenging his manslaughter convictions at the Court of Appeal in London on Wednesday, his lawyers argued there should not have been two counts in relation to one death.

They also said the two manslaughter charges he faced - one of gross negligence and one of unlawful act - should not have been left to a jury.

Felicity Gerry QC told the court: "It is concerning that a defendant can face two such serious allegations in relation to the same death.

"There is a real risk that prosecuting authorities will pursue such an approach in the future and Mr Rebelo now has two criminal convictions for manslaughter, as well as the regulatory offence, for one actus reus."

Ms Gerry asked the court to quash both counts and not order a retrial.

Sir Brian Leveson, Mr Justice William Davis and Mr Justice Murray will give their ruling on the case at a later date.

Speaking at the outset of the hearing, Sir Brian assured members of Miss Parry's family who were present in court that the judges were "very aware" of their tragic loss.

He said: "What you are about to hear is an analysis of law. It inevitably has as its background the tragedy that you have suffered and the loss of this young lady's life.

When sentencing, Judge Jeremy Donne described Miss Parry as an "intelligent, articulate young woman who struggled with her mental health".

He told Rebelo: "She thought she had found in your so-called fat-burning capsules a magic solution for her distorted body-image and difficulties with bulimia nervosa. She was of course quite wrong."

Miss Parry started taking the chemical in pill form in February 2015 and soon became addicted and dependent on the yellow powder in the capsules.

Rebelo admitted while giving evidence during his trial that he sold DNP to Miss Parry.

He said he included a warning on his website that the substance was not for human consumption.

The court heard that among other things, DNP could cause multiple organ failure, hypothermia, nausea, coma, muscle rigidity, cardiac arrest and death.

Ms Gerry, defending Rebelo in the crown court, described him as a "devoted family man" with a young child.

She said at the time: "It is not a case where there is any intention to kill or cause grievous bodily harm."

Rebelo was found guilty of two counts of manslaughter relating to one victim.

No date was set for the Court of Appeal's ruling. 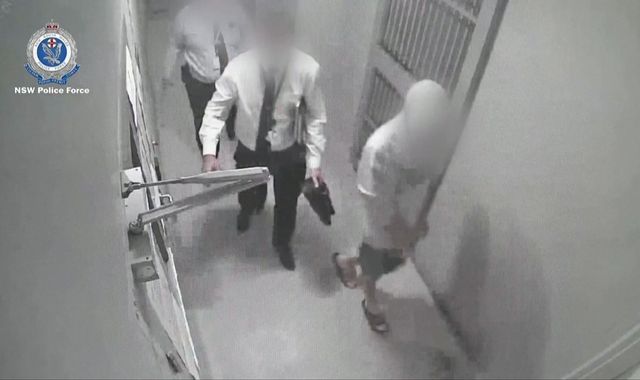