The family of a man who was found with fatal injuries in Birmingham on Tuesday 7th May have paid tribute.

A murder investigation was launched after Dante Mullings, aged 23, was found with fatal injuries in St Vincent Road West in Ladywood following reports of a shooting just after 5pm.
It is believed that the 23-year-old and two other men were in a silver Vauxhall Corsa when shots were fired from an oncoming car.
The three men managed to exit the car and attempted to flee a short distance down the road, but local man Dante collapsed as a result of his injuries.
Despite the best efforts of medical professionals, he was sadly pronounced dead at the scene.
A post mortem examination revealed that he died of a gun shot wound.
Dante’s family has paid tribute to him: "Our family, friends and all who knew Dante are absolutely broken beyond belief.
Dante was the epitome of kind, caring and thoughtful. The tributes that we have heard are testament of this.
"Dante will be terribly missed. Not only is his murder a huge loss to our family but also a considerable loss to the community. "
A 19-year-old man remains in hospital being treated for injuries that are not believed to be life-changing.
A 20-year-old man was taken to hospital and has since been discharged.
Investigations are still ongoing to establish the circumstances leading to Dante’s tragic death. 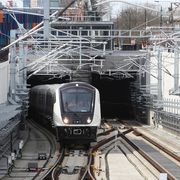