Parade to be held to celebrate Norwich City FC promotion

Norwich City fans will be getting the chance to really celebrate the club's promotion to the Premier League this coming Monday, with a civic reception and parade being held in the city.

Ahead of the Wesley Hoolahan and Russell Martin celebration match at Carrow Road, there'll be an open-top bus parade and player interviews on the balcony at City Hall.

But it's not just fans celebrating, Heart's been told businesses in Norfolk are expecting a boost from the promotion too.

Stefan Gurney from Norwich Business Improvement District told us that last time it happened, it was worth £12 million to the local economy. Today he said: "Obviously that would be far greater this year and we would anticipate probably between 18 and 20 million uplift in tourism, visitors, trading for the city businesses."

He said the extra TV exposure also really helps the city's profile: "I remember going into a taxi in New York the last time we were promoted, and speaking to my taxi driver who said 'Where are you from?' and I said 'Norwich' and he said 'Ah premiere league'... and that's the point of reference that you get from across the entire globe."

Monday's celebrations will kick-off at 9am at City Hall and the route will start on Theatre Street, before turning down Red Lion Street, Upper King Street and Tombland, ending at Palace Street at around 12.15pm. 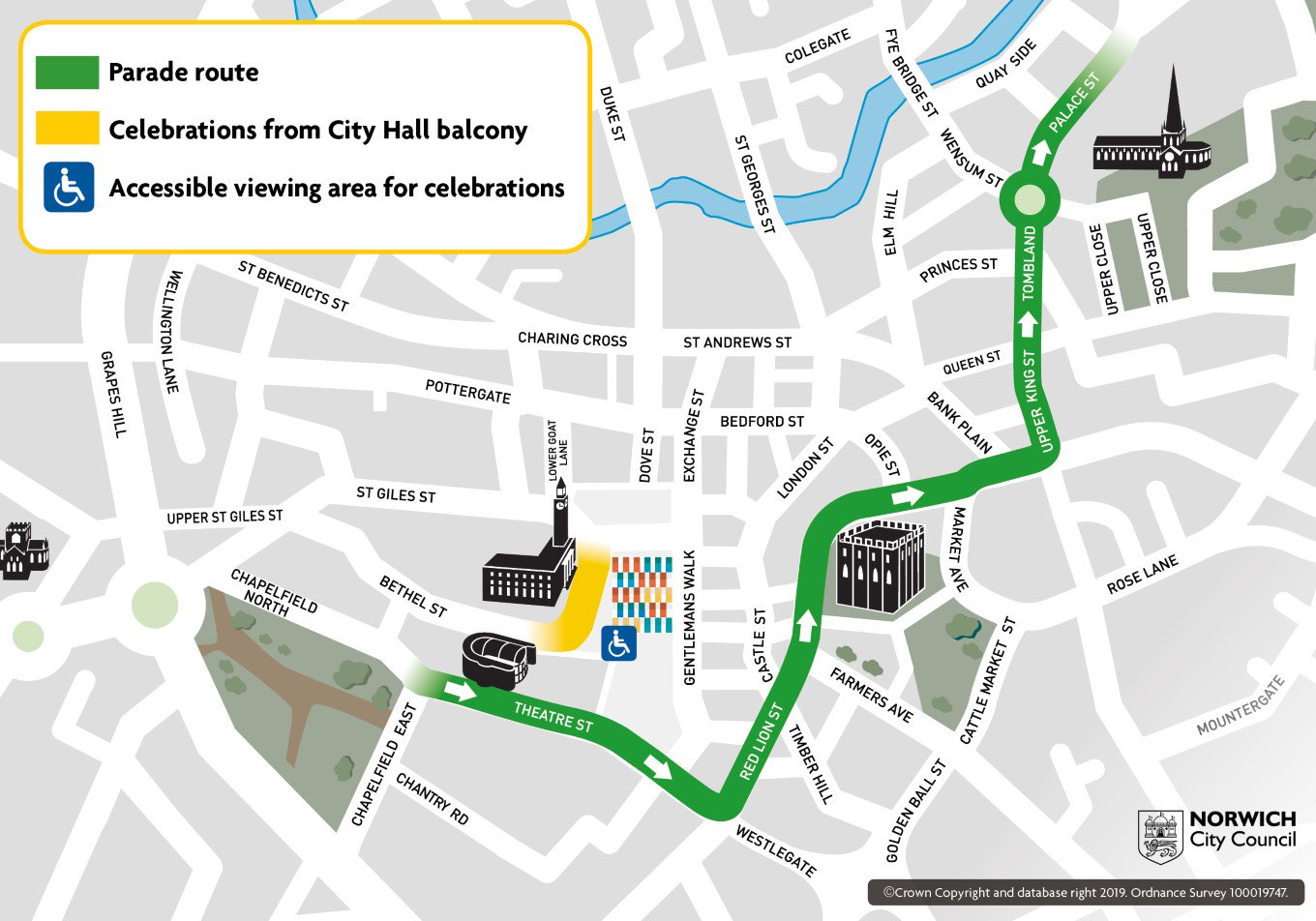 Supporters are then encouraged to head to the stadium for the ‘Team Wes’ v ‘Team Russ’ match, which kicks-off at 3pm.

An accessible viewing area for fans with disabilities will be situated opposite City Hall.