40 years on from the unsolved murder of a teenager in Northampton, police are renewing an appeal for information

A murder investigation was launched in 1979 after the body of 15 year-old Sean McGann was found in an alleyway at the back of Birchfield Road East, Abington, on the morning of Wednesday, April 18th.

Four decades on, detectives have not given up hope of finding who was responsible for Sean’s death, and officers from the East Midlands Operational Support Unit (EMSOU) Major Investigation Team are reviewing the case in the hope that new evidence and advances in forensic techniques may help identify his killer.

On Tuesday, April 17, 1979, between 5.30pm and 6pm, Sean left his grandparents’ home in Victoria Gardens, Northampton, to visit the funfair at Midsummer Meadow.

Sean failed to return home that evening and his body was found by a passer-by at 8.10am the following day, in a service road that runs behind a group of houses in Birchfield Road East.

He had been strangled.

Detective Chief Inspector Ally White believes someone knows who killed Sean and is appealing to them or anyone who may have information to come forward and help solve this 40 year-old case.

"The murder of a loved one has a devastating lifetime impact on those left behind and we do all we can to find those responsible. Forty years on, this murder is no less shocking and the case has always remained open.

Forensic science and investigative techniques have improved immensely in the four decades since Sean was killed and we are carrying out a full forensic review of the original evidence which may identify new lines of inquiry.

We also have a significant piece of new information – a letter addressed to Sean’s family from someone claiming to have important information about who killed Sean. We want to find out who wrote this letter.

Sean left his grandparents’ in Victoria Gardens between 5.30pm and 6pm on Tuesday 17 April, 1979 – it was the Tuesday after Easter. He would have passed the old cattle market and walked across Becket’s Park to Midsummer Meadow where there was a travelling fair.

We don’t know for sure whether or not he got to the fair. We have differing uncorroborated sightings of Sean at the fair. It may be the case that if he did arrive at the fair he was only there for a short time.

Sean’s body was found the following day, Wednesday, April 18, approximately two miles from the fair and Midsummer Meadow, at the back of Birchfield Road East. We believe he was killed elsewhere and taken to this location sometime between 6.45am and 8.10am. His jacket and glasses were missing and have never been found, and his shoes and belt had been left a short distance from his body.

Forty years is a long time, and the person or people involved may or may not still be alive. But it’s very possible that someone knows who murdered Sean, or has information they didn’t share at the time which may provide that all-important missing piece of the jigsaw.

It was a shocking crime that had an impact on the whole community, and there was a lot of publicity at the time. By reminding people of what happened just after Easter in 1979, we hope someone may recall something they have previously forgotten or perhaps didn’t think was relevant.

There could have been many reasons why they didn’t come forward at the time but, 40 years on, old allegiances may have changed or they may simply want to clear their conscience. This is their opportunity to do that.

The letter is also important. As well as forensic opportunities, the envelope was hand-written – do you recognise the writing? Did you send this letter or know who did? Please get in touch, we need to talk to you.” 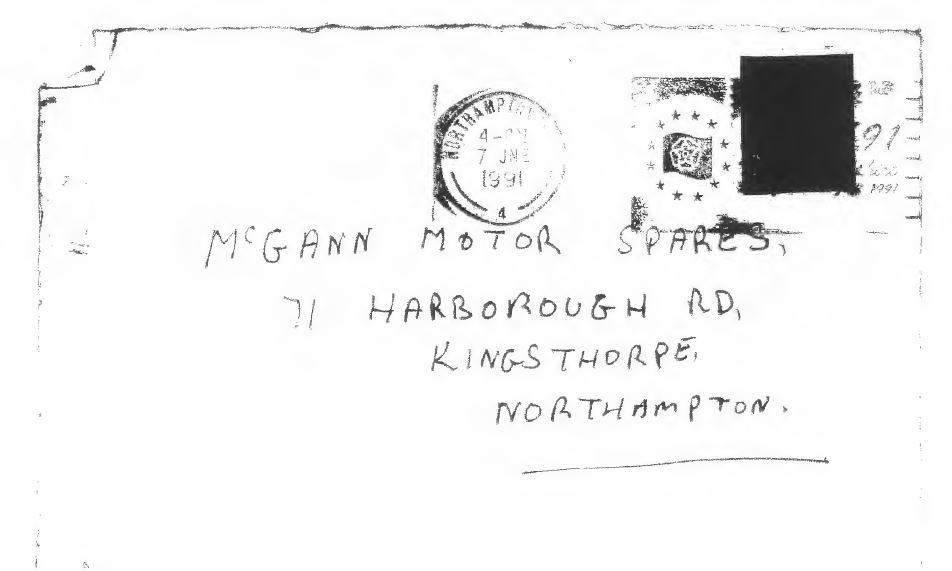 Sean’s parents and his younger sister and brother have spent 40 years not knowing what led to their son and brother’s death or who was responsible. If you have any information that may help, however small, please call us."

Anyone with information should call Northamptonshire Police on 101 or if they prefer to remain anonymous, they can contact Crimestoppers anonymously on 0800 555111.

"We never forget those people who have had their lives taken away at the hand of another and I hope this anniversary appeal will help us find out what happened in April 1979 and bring some comfort and closure for Sean’s family.”

Sean’s family paid tribute to Sean and urged anyone with information to contact police. They said:

"Sean was a much loved son, brother, grandson and nephew and is greatly missed.

He was a gentle, loving boy only just past his fifteenth birthday. He enjoyed spending time with his family, loved horses and horse riding and had recently begun volunteering at Favell House. He was always so helpful and thoughtful and his friendship was appreciated by many.

His death has affected the whole family and forty years on we still think of him every day. If anyone has any information about what happened to Sean, please contact the police. He is much missed and always remembered."