The four men found guilty of the manslaughter of Kettering man, Tairu Jallow, have been jailed for a total of 40 years.

The men were sentenced at Northampton Crown Court on Friday (17th May) after being convicted following a six-week trial which ended on May 7.

Mr Jallow, 29, suffered multiple stab wounds, including a fatal one to his chest, after being attacked at his home in Havelock Street, Kettering, on the evening of Sunday, January 14, 2018.

"We welcome the sentences handed down following what has been a long and complex investigation and subsequent trial.

Tairu was subject to a violent attack by four men involved in organised crime, who deliberately targeted him as part of their illegal drug dealing activities.

Tairu sustained multiple stab wounds during the attack which started in the house and spilled out in the street. His assailants travelled a significant distance to his home in Kettering, robbed and brutally attacked him with a knife and left him dying in the street.

This is a tragic case which highlights the dangers of being associated with drugs and organised crime. Whatever he was involved in, Tairu did not deserve to die in such a violent attack and I am pleased that we have now seen justice done.

It was an extremely complex investigation involving hundreds of hours of inquiries and painstaking review of the detailed evidence that ultimately helped to identify, locate and bring the defendants to justice. I would like to take this opportunity to thank everyone involved in the investigation for their hard work and tirelessness in seeking evidence and answers in order to achieve the outcome we have today.

It has been an extremely difficult time for Tairu’s family and friends. They have shown great courage and strength and I would like to thank them for their support throughout the investigation and criminal justice process.

I hope the sentences handed down today will help bring them some comfort and closure.” 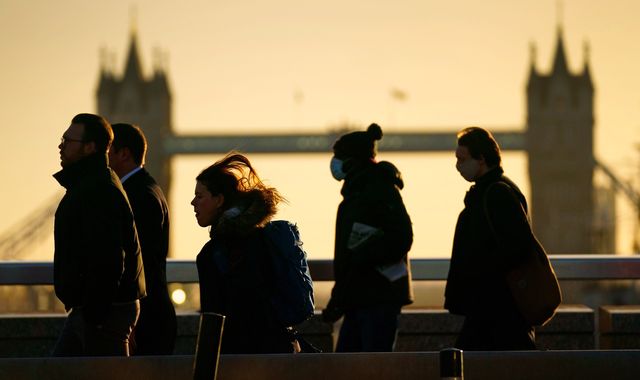 'We should get back to work,' declares business secretary Kwasi Kwarteng