You could be fined £130 for building a sandcastle in Spain

A rule in one Spanish town means you could get fined for building a sandcastle on the beach.

There is a little known beach law in Spain which could see you fined for building sandcastles.

The same rule applies for Arona and Arica in Tenerife, with sandcastle makers having to apply for a municipal permit before starting their construction.

There are also plenty of other rules to be aware of, including a ban on beach BBQs in some parts of Granada.

In fact, you could be fined up to £2,500 for lighting any kind of fire in some areas in Spain.

In another popular holiday resort in Italy, even bikinis and swimwear have been banned.

That means tourists visiting Sorrento over the next few weeks will have to cover up to avoid being hit with a £425 fine.

The decision comes after the mayor of the picturesque seaside town - near Pompeii and Naples - said that wearing swimwear in public, as well as being topless, contributes to 'widespread indecorous behaviour'.

According to The Times, he announced the new rules after witnessing "behaviour that is seen by the majority of people as contrary to decorum and to the decency that characterises civilised cohabitation.”

He added: "The continuation of this situation, as well as causing discomfort and unease in the resident population and among visitors, could lead to a negative judgment on the quality of life in our town, with consequences for its image and for tourism." 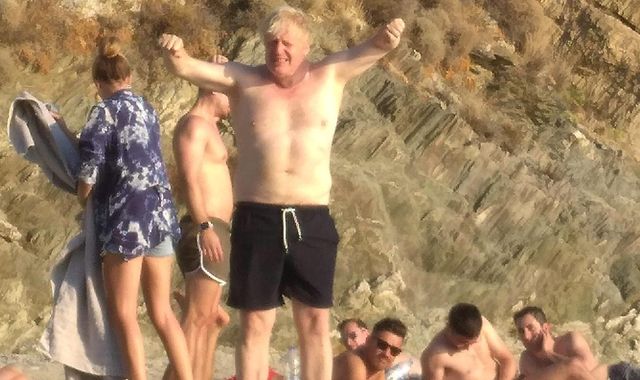