UK weather: Britain set to be covered in 14 inches of snow as 'Nordic blast' batters the country

UK weather forecast: the 'Nordic Blast' looks set to bring snow to the UK in the first few weeks of 2020.

Looks like it might be time to finally invest in that big winter coat, because Britain is about to get *very* cold.

Forecasters have predicted that a 'Nordic Blast' will cover the UK in up to 14 inches of snow in two weeks time - with the heaviest of it being in the Scottish Highlands.

Other parts of the UK - including Birmingham, Blackpool, Edinburgh and Glasgow - are also expected to be affected.

It has been claimed that snow could start to fall as early as next week, and continue on into the fortnight.

A Met Office spokesperson told The Sun: “Certainly rural parts of the North will see some pockets of frost, though well above freezing in the South with all the cloud and the breeze and the rain.

"For most, Friday is a bright day.

"We’ll see some sunshine. Yes there will be showers coming into mostly western Scotland, again maybe some snow on the hills.

"Certainly a significant chill in that wind across Scotland, Northern Ireland and parts of northern England."

The blast is expected to arrive on Wednesday next week, bringing snow to some of Scotland before spreading across the north of England the following day.

It has been claimed that the Scottish Highlands could be covered in 23cm of snow on 13 January, and the heaviest fall will be on 16 January - reaching Birmingham, Cardiff and Belfast.

The spokesperson added: “From this day we could see snow falling in the higher areas of Scotland.

"You would expect some snow in the mountains of Scotland because of their elevation and northern latitude". 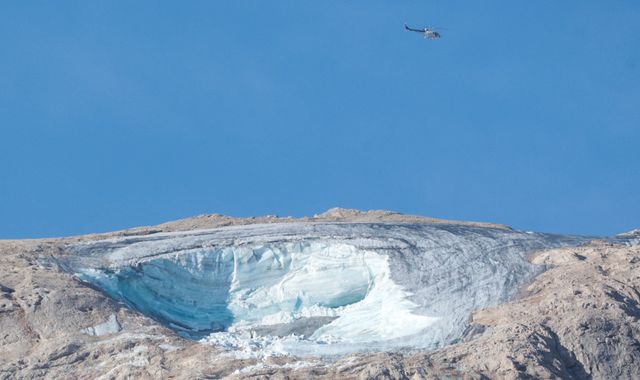