A 20-year-old woman has taken action against men who sit with their legs spread wide open on trains and buses.

Anna Dovgalyuk, 20, has been filmed pouring diluted bleach on the crotches of unsuspecting men she has accused of 'manspreading' on the St. Petersburg metro.

'Manspreading' is the practice of men spreading their legs too widely whilst sitting on public transport and taking up room belonging to the seats either side of him.

Russian student Anna has labelled the practice 'gender aggression' and a "disgusting act" so decided to take matters into her own hands.

Speaking of her actions she said: ‘We not only cooled the manspreading down but also marked them with identification spots.

‘So everyone can immediately understand which body part controls the behaviour of these men.’

‘This solution is 30 times more concentrated than the mixture used by housewives when doing the laundry. ‘It eats colours in the fabric in a matter of minutes – leaving indelible stains.’

The video seems authentic but Russian news outlet Rosbalt have claimed that it's a fake and she hired actors for the video.

What do you think about Anna Dovgalyuk's stunt? 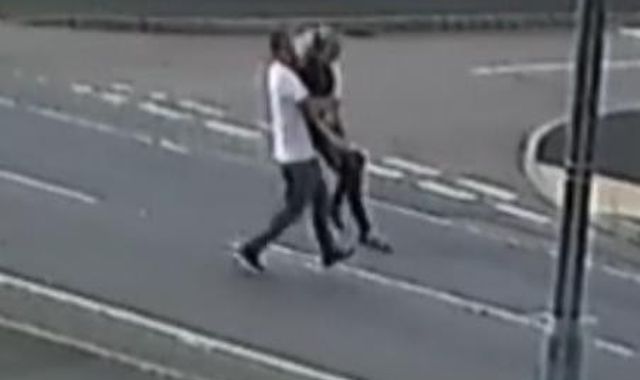