Why are Ukraine banned from performing at the Eurovision Song Contest and why isn't MARUV performing?

Why are Ukraine banned from competing in the 2019 Eurovision Song Contest?

MARUV won the final of the Ukranian national selection for the 2019 Eurovision Song Contest 2019, but she was immediately faced with controversy over her decision to perform concerts in Russia.

It stems from strained relations after Russia annexed the state of Crimea in 2014.

Discussions were held between the singer and the state-funded broadcaster about reconsidering her stance, but no compromising ground was found, so the Ukranian officials revoked their bid.

The CEO of the channel put in a Facebook post: "Not all good Ukranian performers are ready to be good cultural diplomats."

In 2017, Russia withdrew their Eurovision entrant when host country Ukraine blocked them from entering the country.

Who is MARUV and what have they said about the shock ban?

When is Eurovision 2019 and where will it take place?

This year's Eurovision ceremony will be held in the city of Tel Aviv after Israel won for the fourth time in Eurovision history last year.

It will take place on May 18, 2019 with a televised ceremony that's set to include a show-stopping performance from global icon Madonna.

Two semi-finals will preceded on May 14 and 16 but the United Kingdom doesn't have to compete in these.

Along with France, Italy, Spain, and Germany, the UK is one of the 'Big Five' - a selection of countries who are the biggest financial contributors to the competition so don't need to go through the semi-final rounds. 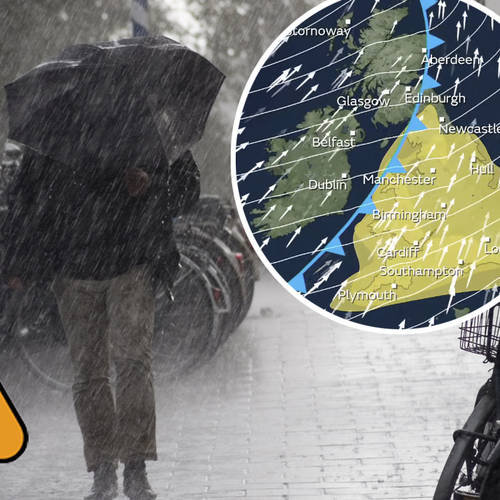