How old is Stevie Bradley? Meet the new Love Island guy and student from Isle of Man

The 21-year-old student from the Isle of Man already has a HUGE crush on one of the Islanders.

Stevie Bradley is one of the six new boys entering Casa Amor as Love Island's summer of love hots up.

The self-confessed "charming" singleton, who says he doesn't take himself too seriously, rates himself an eight out of ten and already has a massive crush on one of the Islanders.

So who does he fancy, what is his Instagram, and what has he said about the show? Here's everything you need to know about the newcomer.

Who is Stevie Bradley and how old is he?

Stevie is a 21-year-old student from the Isle of Man, and claims he's entering Casa Amor to find "someone to go on dates with and have a good time".

He rates himself a solid eight out of ten and believes his best feature is his "blue eyes".

When it comes to love, his ideal type of girl is someone who's up for a laugh and doesn't get grumpy, but he admits if the spark isn't 100% there then he's likely to stray.

And sir what will you be having for dessert?.. Cornetto?

You can get to know the "cheery, friendly" newbie with a scroll of his Instagram @stevie_bradley1.

His bio says he's "disturbing the peace", which could mean he's going to bring some drama to Casa Amor.

By the looks of his social media account, he likes travelling, fine dining and finding the nearest swimming pool to take a dip.

What has Stevie said about going into the Love Island villa?

Student Stevie reckons he'll get on with everyone in the villa, especially so-far loyal lads Michael and Curtis.

His definition of "bro code" is not trying it on with his friend's partner, so it seems Amber and Amy could be off limits.

However, he did admit he's prepared to ruffle a few feathers if necessary.

He said: "I want to keep everyone happy but again it is Love Island so you can’t tread on eggshells around people, you need to get what you want so I’ll do whatever it takes within reason."

What is Stevie's type and who does he have his eye on?

The laid-back lad has confessed to having a crush on Lucie, Arabella and Maura, with the blonde surfer taking top spot.

"Lucie seems really sweet and down to earth. Arabella is beautiful, I couldn’t believe my eyes when she walked through the villa. Maura is also stunning.

"But Lucie would be my number one."

Admitting recently that she wouldn't rule out a new romance if her "perfect man" came through the door, could there be romance on the cards for these two?

We'll have to wait and see. 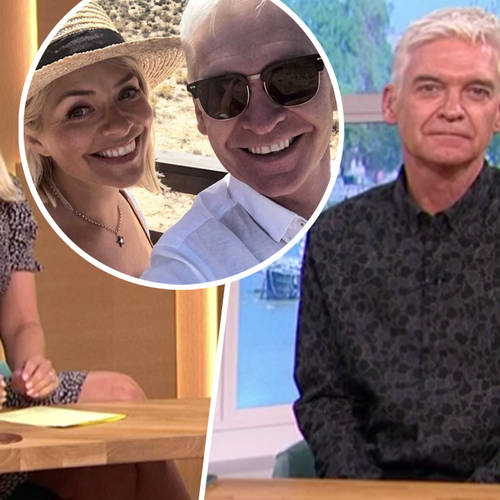 Who is new This Morning guest chef Joseph Denison Carey? And how does he know Holly Willoughby?