Fans have spent the series gobsmacked by the snake-hipped actor, who previously played brooding farmer Andy Sugden on the ITV soap.

Strictly Come Dancing 2019 came to a spectacular end last night after Oti Mabuse and Kelvin Fletcher were crowned the winners.

The former Emmerdale actor, 35, who played Andy Sugden on the ITV soap between 1996 and 2016, stepped in after reality star Jamie Laing dropped out due to an injury just days before it was due to begin. And it was clear that he was a hit from the start with fans naming him 'snake hips' for his saucy samba in Week One.

Last night's final kicked off with a dance from the professionals before finalists Emma Barton and Anton du Beke, Karim Zeroual and Amy Dowden and Oti and Kelvin battled it out.

Kelvin and Oti took to the floor with a jaw-dropping Showdance that featured a medley of their biggest and best dance moments. Wearing bright fuchsia pink outfits, they raised the roof with the dance to Shout by The Isley Brothers, which even included some Argentine Tango, which was a dance they never got the chance to perform.

Bruno added: "Rocked, shaken, stirred exhilarated that really was such a tour de force it was almost like watching 13 weeks of all the best of Strictly Come Dancing condensed into one dance, we often ask we need more content, content, you can't ask for anything more"

Although they tried their hardest it was Karim and Amy who topped the leaderboard as the pair got 119 out of a possible 120, while Kelvin and Oti found themselves in second place, with an impressive 118. Emma and Anton came in third, achieving 116 points for their three dances. However it was down to the public to cast their deciding vote, and Kelvin and Oti were announced winners and lifted the glitterball trophy.

And a massive thank you to #Strictly for the opportunity 🏆

Kelvin said of winning: "I am absolutely speechless I did not expect that.

"It has been such a privilege to be here, I think this show represents everything that is amazing with this country and I think the people personify what is great.

"It has just been an absolute privilege.

READ MORE: Strictly’s Kelvin Fletcher distracts fans with ‘bulge’ as he strips down to pants backstage

"Oti thank you for the most amazing experience of my life, thank you to Emma and Karim. I feel so proud to be part of this, thank you from the bottom of my heart."

Oti, who was in floods of tears added: "I have been on the show for five years and I have never met a celeb that gives his heart and soul."

Later Kelvin said of his Strictly journey: "I've never worked so hard in my life but you really do get out what you put in."

Strictly winner Kelvin Fletcher won't rule out Dancing On Ice... and wants to team up with Matt Evers 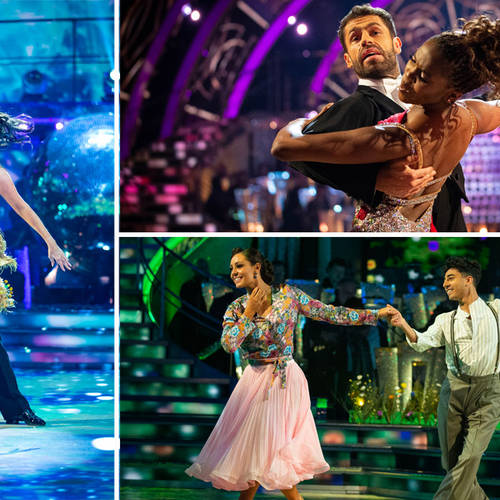