A bride said she didn't want this particular friend to be a bridesmaid as she feared her boobs were too big for the bridesmaid dress.

A woman has taken to Reddit to explain how she has excluded her friend from being a bridesmaid at her wedding due to the size of her boobs.

She explained on the social media site that she had been friends with the woman for a while so it was noticeable when she wasn't asked to be a bridesmaid and therefore had to confess to her reasons.

Read more: Bride-to-be furious after mother in law plans to wear white to her wedding

She wrote: "She has MASSIVE breasts. Literally bigger than should be physiologically possible because she has a hormone disorder that caused her breasts to grow to an excessive degree"

"I originally planned on asking her to be a bridesmaid, but then I started thinking about the logistics of getting a bridesmaid dress tailored to fit her dimensions and how she won't be capable of wearing a strapless dress because she can't do strapless bras."Also she has these shoulder pads for her bra straps that she's insecure about, so she would need a dress with sleeves realistically, and does that mean I have to settle on a bridesmaid dress with sleeves for all the girls to wear in the heat of summer?

"Or does she have to be the only one wearing a different dress? It stressed me out immensely, and I felt that it would be borderline impossible to find a resolution that wouldn't somehow embarrass and/or ostracise her."

Many other Redditors took to the site to respond to her post with some taking her side although for the most part slamming her decision.

As the reason for her large breasts is medical, some have likened her decision to cut her friend from the wedding to ostricising someone for a disability.

One passionate commenter said: "You specifically didn't include someone in your wedding party for a medical problem they can't control. Trade out the issue at hand with "needs a wheelchair" or "has a prosthetic arm" and you'll see the clear issue.

Holly Willoughby's This Morning outfit today: How to get her burgundy midi dress from All Saints in the sale 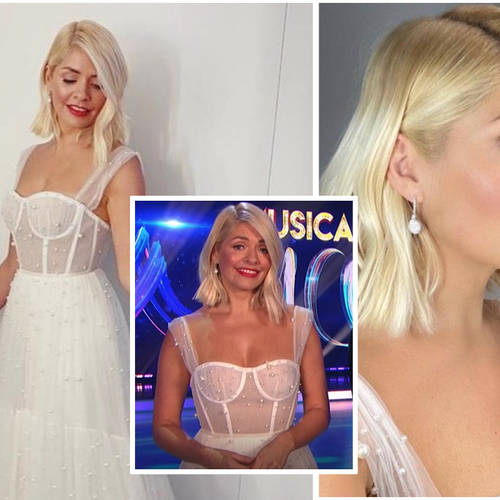