Will the new lockdown rules be over by Christmas? Latest government guidance on 'rule of six'

Coronavirus Christmas: Prime Minister Boris Johnson has said there's no guarantee the new rules will be over by the festive period.

The 'rule of six' will make it illegal to meet both indoors and outdoors in groups of seven or more, and flouters will face a fine of £100, which could double up to £3,200 for repeat offenders.

Read more: Social gatherings of more than six people to be banned in England amid second wave fears

The rule is in response to a rise of coronavirus cases in the country, and Mr Johnson said that it will continue for as long as necessary.

Will the lockdown rule be over by Christmas?

Speaking from Downing Street, Mr Johnson said there's no guarantee we will be back to normal by Christmas, but that he was 'hopeful' some measures may be eased.

"I talked just now about how you could do that.

"Through that Moonshot of daily testing - everybody gets a pregnancy-style test, a rapid turn-around test in the morning, 15 minutes later you know whether you are infectious of not.

Chief Medical Officer Chris Whitty and Chief Scientific Advisor Patrick Vallance, who were also present at the press conference, both warned that it may be optimistic to hope it will be over by Christmas.

Sir Patrick said that it was "completely wrong to assume this is a slam dunk that can definitely happen."

And Dr Whitty added that it's "important not to pin ourselves to a date".

He added: "The epidemic continues to increase and then we have Christmas. And that is very difficult. What is Christmas?"Well, it's meeting with your family very close. Restaurants and pubs and stuff like that. It's all high risk, and it's all indoors."He added: "We can see the epidemic is taking off again. So I don't think we've hit that sweet spot where we've been able to control the epidemic and allow the economy to return to some sort of normality."

What the new lockdown rules in England mean for shoppers at Sainsbury's, Tesco, Asda and Aldi 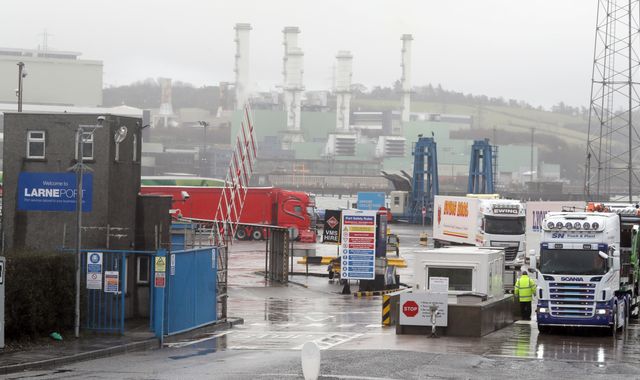