Pupils have been told to leave ties, blazers, hats and bags at home as schools reopen today.

Schools across England are reopening today for younger years including Reception, Year One and Year Six.

But things are looking very different for many children, as they’ve been told to leave ‘non essential items’ such as ties, blazers and bags at home in a bid to stop the spread of coronavirus.

Under new rules, some pupils may be asked to wear their PE kit every day so they won't need to use the changing rooms after playing sports.

According to the Sunday Telegraph, headteachers across England have also written to mums and dads to warn them not to stand around the gates for a chat as they drop their kids off.

Neil Roskilly, chief executive of the Independent Schools Association, told the publication: "Schools are giving parents a set time to drop children off rather than have them queuing at the gate.

Read More: Aldi's popular £150 hanging egg chair is back on sale this weekend

"The difficulty is that parents love to congregate and chat at the school gates, they have their daily natter.

"Those are old habits and they are difficult to break. Schools are asking them not to.”

As well as changing uniforms, all schools will have to stick to strict social distancing rules, with many assuming their own measures to keep children safe.

These include asking pupils to bring in their own packed lunches to reduce the number of staff needed in schools.

Some schools will also implement one-way systems in corridors, while desks will be taped off to ensure two metres separates each pupil, with much smaller classes.

Younger kids will not be able to bring cuddly toys or other ‘non-essential’ possessions, while some schools will also provide children with a plastic wallet to keep their stationery in the classroom overnight so there is no need for bags.

Many teachers will also spend as much time as possible outside, with PE incorporated into the timetable everyday.

While primary schools will be welcoming children today, the government is hoping to arrange some face-to-face contact for secondary school students in years 10 and 12 from June 15.

Despite some parents being wary about sending their children back to school during the pandemic, Education Secretary Gavin Williamson has re-assured that 'strict safety measures' have been put in place.

In Scotland, Wales and Northern Ireland schools will remain shut, with the exception of children of key workers and vulnerable pupils. 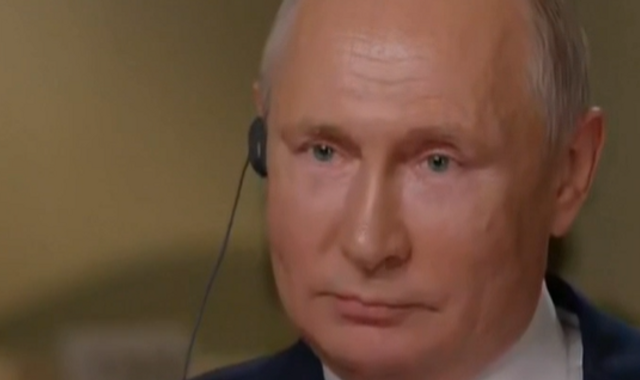 Vladimir Putin: 'Where is the proof' Russia is waging a cyber war against the United States?