Great British Bake Off judge Paul Hollywood has finally come clean about his relationship with pub landlady Melissa Spalding after they were spotted spending Christmas Day together.

The 24-year-old had confronted Paul about their relationship but he denied he claims, telling her they were just friends.

A source at the time told The Sun: "Summer has a lot to say on the matter but is trying to keep her powder dry.

"Paul insists that there was no crossover and he is just mates with Melissa and has been previous to his split from Summer."

Our 10th year of Bake Off begins soon.... #getbaking

But a spokesperson for the baking judge has now confirmed their romance after they spent Christmas Day together at The Chequers Inn in Smarsden, Kent.

Prior to Christmas Paul had seemed in good spirits as he posted a picture of himself wearing a red Father Christmas outfit on Instagram.

A spokesperson told The Mail on Sunday: "They are very happily together.'

The couple are now away on a festive break.

"Melissa was pulling pints and cleaning tables on Christmas Day, so they didn't get to spend much time together, but they are away now" the spokesperson continued.

Paul and Melissa were also previously spotted holding hands on holiday in Cyprus at the Annabelle Hotel in Paphos - randomly the same place he had met and married his ex-wife Alexandra.

Summer dumped Paul in August after he reportedly asked her to sign a gagging order to stop her talking about their relationship.

She then sued him for 'highly defamatory statements' made online.

In a post on Instagram, the 24-year-old said she is upset by comments made by Paul since their break-up.

She wrote: “I am very disappointed and distressed by false and highly defamatory statements that Paul has made about me online since our break-up.

“I have had no alternative but to instruct my solicitors Brett Wilson LLP to pursue legal proceedings against Paul in order to obtain vindication.

“I have never courted publicity over my relationship with Paul and I am deeply disappointed that our relationship has ended in this way.”

A source told The Sun: "Summer feels she’s got no option but to take Paul to court over the items she claims belong to her. £4,000 is a significant amount of money and she wants it back. Summer feels that Paul has been dragging his feet and prolonging a process that should have been sorted in a week."

Paul's 18-year-old son Joshua reportedly hasn't spoken to his dad since he left his mum Alexandra for Summer in 2017.

Joshua sided with his mother after he walked out and has ignored messages and gifts from his father.

Paul and Alexandra are also still locked in a battle over the TV star's £10 million fortune.

Why did Sandi Toksvig quit The Great British Bake Off and who will replace her? 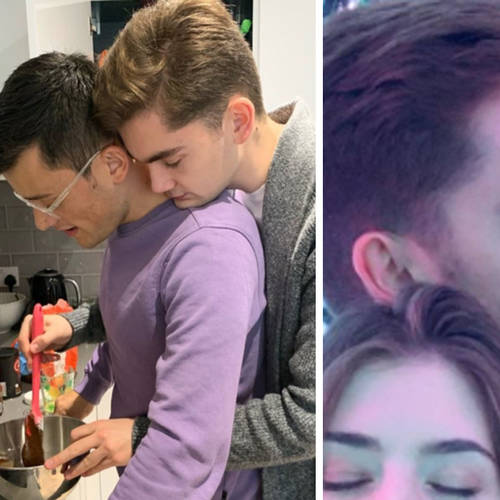 Join Dancing On Ice star Matt Evers for new podcast The Truth, The Gay Truth & Nothing But The Truth