Do the winners of the Bake Off get money? And what is their prize? Here’s what we know…

After nine weeks of amazing cakes, bread and pastries, The Great British Bake Off is coming to an end.

Peter Sawkins, Dave Friday and Laura Adlington have made it to the final and are battling it out to be crowned the ultimate star baker.

But what do the winners of Bake Off actually get? Here’s what we know...

Surprisingly, there isn’t actually a prize for winning the Bake Off.

A post shared by The Great British Bake Off (@britishbakeoff)

Read More: Who will win the Great British Bake Off final 2020?

Martha Collison, who reached the quarter-finals of Bake Off in 2014, previously told Barrelhouse: “Everyone is so surprised and thinks there must be some secret cash, but all we really get is a bunch of flowers and a cake stand.

“But then, you also kind of become a national treasure just by doing it because everyone in Britain loves the Bake Off so much.”

Obviously, there are a lot of perks to winning the show, with the main one being the prestigious title of Bake Off winner.

The series has also been known to pave the way for a successful career in cooking and even TV for many of the previous contestants.

2015 winner Nadiya Hussain has become a household name and has her own TV show on BBC called Nadiya Bakes.

She has also written her own books and regularly appears on many shows such as The One Show and Loose Women.

Winner of the 2012 series, John Whaite was just 23 years old and studying for his law exams when he won the show.

Now, he is a chef on ITV’s Lorraine and This Morning, and has released three cookbooks.

He also opened a cookery school on the family farm where he grew up in Lancashire.

Candice Brown from the 2016 series has also become a TV personality and left her job as a PE teacher to pursue baking full-time.

She has released cookbooks based on comfort food recipes and starred on Dancing on Ice.

Now Read: What are the Great British Bake Off themes? 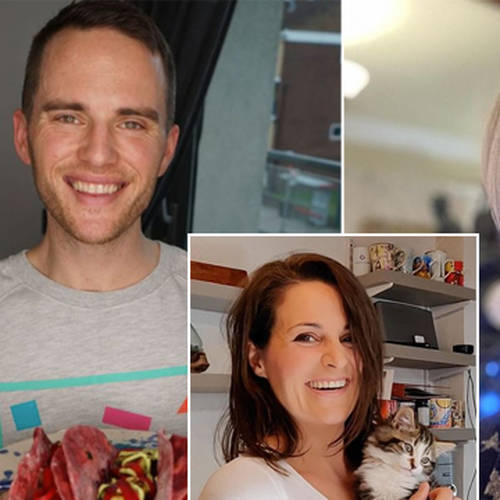