Joe Swash won a huge amount of money for charity on The Chase Celebrity Special at the weekend.

The Chase fans were left gobsmacked after Mark 'The Beast' Labbett 'crumbled' during the final round of the celebrity special.

Celebs including Joe Swash, Kate Humble, Rick Edwards and Fiona Bruce were all taking on the Chaser, and they ended up scooping up the huge cash prize after The Beast seemed to fall apart under questioning.

Mark needed 18 correct answers, but ended up only scoring eight - and looked 'shell-shocked' when the team celebrated their win.

Read more: The Chase viewers left REELING by the answer to a question about Haribo flavours

Another added: "There is something joyous about the Beast looking beaten and shell shocked on The Chase."

And a third wrote: "The Beast had an absolute shocker there."

The win comes after The Beast had some friendly banter with Joe Swash at the start of the show.

After Joe said that Mark looked like "James Bond had let himself go", he retorted: "If Joe Swash takes me for £47,000 my colleagues will never let me forget it."

After Joe got every question right and made it to the final round, he said: "You know what, half of them were guesses."

Holly Willoughby's This Morning outfit today: How to get her orange floral dress from LK Bennett 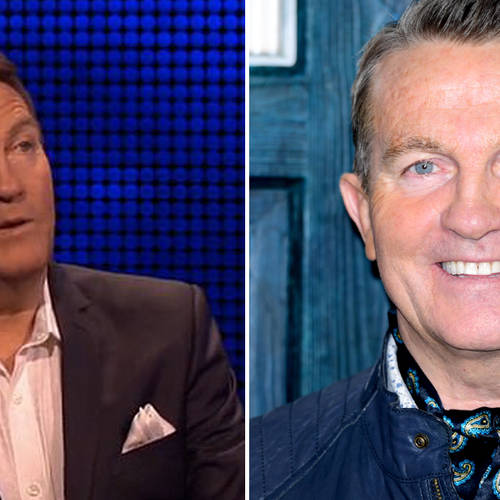