Who will Amber choose? Body language expert reveals whether the Love Island star will pick Michael or Greg

The entire nation is waiting with baited breath to see who Amber Gill will end up choosing out of Michael Griffiths and Greg O'Shea in tonight's episode of Love Island.

The girls have the power in the next recoupling, and Amber has a big decision to make.

Read more: Lucie Donlan WON'T be staying in touch with the Love Island girls because she 'can't trust them'

Michael shocked us all when he revealed he still had feelings for her earlier this week - despite being adamant he'd chosen Joanna Chimonides.

And new boy Greg, who took Amber out on a date when he entered the villa, has been vying for her attention as well.

We picked the brains of body language expert Judi James to help predict who Amber *might* pick.

"I don’t think Greg is the right guy for her as they seem to lack any spark between them," Judi told Heart.co.uk. "He’s currently being rather one-dimensional, very much the carefully polite and charming guy he thinks she deserves and will be charmed by, but sadly the feisty version of Amber we all saw at the start of the series would have picked him apart to see if he was genuine or not by now.

"Amber has been playing judgmental and even rejecting of Michael since he asked her back, with her much more assertive body language suggesting she’s got him sussed and is just playing with him to get her revenge."

Judi added: "That should reflect in her decision tonight but the problem with Love Island is that things are never as they seem. Amber’s non-verbal cues currently swing between expressions of rejection of Michael but then she will suddenly start grinning at him as though wanting to let him know she’ll pick him but needs to make him suffer first.

Read more: InTheStyle are selling T-Shirts inspired by Love Island's Ovie and we are obsessed

"At this stage of the series she will also see potential prize money when she looks at him too. If the pair can cobble a ‘happy ending’ where they fall into one another's arms and declare their love they will clearly feel they’re back in the race to win.

"Greg just wouldn’t have the ‘win’ potential. Will Amber be smart enough to tune into the viewers’ feelings? If she is she’ll knock Michael into touch tonight and either take the risk of pairing with the weaker character Greg or – even better – couple-up as a friendship with the very popular Ovie instead." 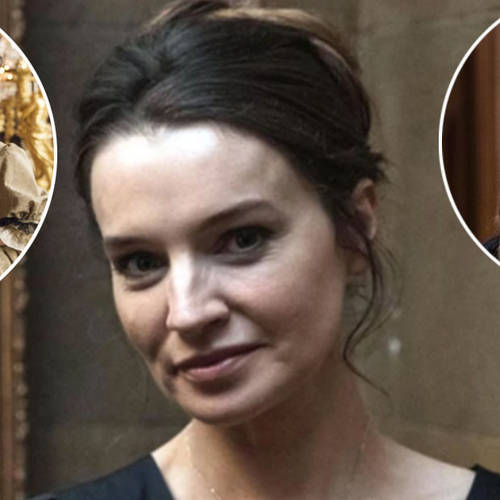