A record number of people are predicted to be taking part in Veganuary this year.

Vegan diets are on the rise, and it's now easier than ever eat plant-based food at restaurants across the UK.

Whereas in previous years meat-free options were limited to a small garden salad or sad stuffed pepper, British chains are finally getting the message that the vegan diet is rapidly on the rise.

Here are the vegan options in a number of popular high street chains.

McDonald's To Launch Its First Vegan Meal In January In UK 😱🙌 "In the last 12 months we've seen an 80 percent uplift in customers ordering vegetarian options at McDonald's, so it is time for the brand famous for the dippable McNugget to launch a dippable option for our vegetarian, vegan and flexitarian customers," said Thomas O'Neill, Head of Food Marketing at McDonald's UK & Ireland. The full article is linked in our stories & bio! 👆 —————————————————— 🌱 🍔 Plant-based recipes, chefs & restaurants around the world: @pbnfood 👨‍⚕️👩‍⚕️ Plant-based doctors & health advisors: @pbnhealth 🏋️‍♀️ 💪Plant-based athletes, bodybuilders, and fitness tips: @pbn.fitness 📹 ▶️ YouTube: PLANT BASED NEWS

While McDonald's previously hadn't caught up with the vegan hype, but it was just announced that its first ever plant-based meal would soon be on offer.

The veggie dippers meal - vegan nuggets served with chips and your choice of soft drink - launched on 2 January 2020.

Animal rights charity PETA said that the new addition to the menu was "the very definition of a happy meal".

The dippers are made from rice, red peppers, vegan tomato pesto and split peas, and they're fried in breadcrumbs.

Did someone say let’s get a cheeky Nando’s? 🤪 A lot of people always say “what do you get at Nando’s if you don’t eat chicken?” The answer is quite a lot if you ask for no mayo 😉 I went for the sweet potato and butternut squash burger (this patty is SO tasty and filling), spicy rice 🍚 and spinach in a tomato and chickpea sauce 🍅😍 If you want filling and tasty food, Nando’s has a lot more to offer for vegans now! 🙌🏼 🌱 @nandosuk 🌶🌶🌶 #vegan #veganlivinguk_ #veganliving #vegandinner #veganburger #vegannandos #nandos #nandosuk #nandosvegan #followforfollow #likeforlike #veganeatingout #veganwestfield #veganfood #vegansofuk #veganlondon #plantbased

While Nando's stresses that it's 'not a vegan restaurant', it does have options that can be made so on its menu. The most popular is the sweet potato and butternut pitta - but you'll have to ask for it without mayonnaise.

Nando's claims that it takes great care to separate the cooking of meat and veggie products, so you can be assured that there won't be cross-contamination.

The popular chain is something of an industry leader when it comes to vegan options, and it offers a number of tasty plant-based pizzas on its ever-growing menu.

These include Vegan Giardiniera and Vegan Zucca - which come with vegan mozzarella.

Introducing… the NEW Vegan Pepperphoni Pizza! Made using Pea Protein 💪 Who do you know that would love this?! #PizzaHut🍕 #TasteFreedom❤️ #VeganHut

Like the above, Pizza hut also stock vegan cheese in their restaurants - and the chain has been catering for plant-based diets since 2017.

Options include All About Mushrooms, Hot 'N' Spicy Veg, and they even have vegan nuggets. You can also buy a vegan cheesecake to satisfy that sweet tooth.

And new for January 2020 is their vegan pepperoni pizza, which has just launched.

Have you ever wanted to face plant a bowl of pasta more? 🤤

Zizzi has a number of plant-based options - including vegan margherita with a choice of toppings and a delicious vegan lentil ragu.

National Cheese 🧀 lovers day in January!?🤣 Don’t worry plant based babes we have the perfect alternative to kill those cravings 👅 • Try our Smoky Soya Sloppy Joe Tostadas topped with yummy VioLife🧀😍 Hit the link in our bio to see our vegan menu! 🌱 @weareveganuary💚

Slug and Lettuce have launched a HUGE new vegan menu, just in time for Veganuary!

You'll need more than one trip to try it all!

INTRODUCING THE @subway_ukireland vegan meatless meatball mariana 🥖 I picked mine up at a Manchester branch and it was MORE than I expected - they had two types of vegan cheese (check my story) PLUS a vegan garlic aioli - 10000/10 would recommend to EVERYONE. A 6’ was £3.49 and it’s SO worth the money. the meatballs are really *meaty* and not obviously vegan - if you’re round the trial areas go pick one up ASAP! #vegan #veganuk #vegansofig #vegansofinstagram #veganfoodshare #whatveganseat #bekindtoeverykind #ukvegan #ukvegans #veganlife #veganfooddiary #govegan #veganism #plantbased #veganblogger #veganfoodblog #veganfood #vegansofmanchester #manchestervegan #vegansubway

No longer are Subway fans just limited to the salad-filled veggie delight sub - they are now offering a vegan patty to offer a bit more bite in your sandwich. Make sure you opt for the Italian or Hearty Italian bread, as these are both vegan.

And the chain has just launched a vegan meatless meatball marinara for January - which is a delicious plant-based version of their popular meatball sub.

our plant-based poll is over + the official result is in. this is the ultimate vegan order, as voted by you on #worldveganday side – mushroom aubergine bun 🍄 main – the vegatsu 🍛 dessert – vegan ice-cream 🍨

Wagamama have been offering vegan options for years now, and the recently-added 'Vegatsu' (a vegan version of their famous chicken katsu) is a fan favourite.

Whats's more, the chain has now introduced vegan tuna - which is made from watermelon - to its menu for January.

Spoons’ new Meatless Farm Burger 🍔 . Tried Spoons’ new vg option, the gourmet vegan burger 🧐 . It comprises of a Meatless Farm burger topped with salsa, guac and rocket... and I have to say I quite liked it. It’s a nice departure from the old bean/veggie patty, and I suppose goes to show the impact of the Beyond Burger etc and the increased demand for more realistic, plant based meat substitutes 🌱 . Who’s tried it and what are your thoughts? 🤔

The popular pub chain is a surprising haven for vegans - and even have their own vegan menu, featuring the likes of Sweet Potato, Chickpea & Spinach Curry and Teriyaki Noodles, as well as a vegan burger.

The time has come.

Greggs vegan sausage rolls were surely one of the biggest stories of last year - and the bakery chain couldn't stop selling out of the pastries in the weeks after their release.

Their latest offering comes in the form of a vegan steak bake, a meatless version of their much-loved pastry.

💥It’s GIVEAWAY time!💥 Celebrating the World Vegan Month, we are offering you a chance to try our vegan meatballs ~ Soutzoukakia ~ and our new Filoxenia dinner menu! Our vegan meatballs made with meat by @greenmeatsco have become a favourite amongst our vegan visitors and not only, so we are giving away a Filoxenia menu dinner for 4, including a bottle of Ellinas wine. 🍷 Go ahead and tag who you’d love to share this 4 course yummy Greek dinner with! • ✅ one tag per comment-the more friends you tag, the greater your chances of #winning! • ✅ to be eligible to W͙I͙N͙, you have to like this post and follow @greenmeatsco & @therealgreekuk • ✅ the winner can enjoy his/her Filoxenia dinner for 4, in any of @therealgreekuk restaurants during November 2019, Sunday-Thursday after 5pm • ✅ the winner will be announced Tuesday, November 12 🎉 • ✅ We have partnered up with Hellenic Hope charity, helping children at risk in Greece donating 10p to them for every Filoxenia menu sold, so even if you don’t win, you can help us support a great cause by ordering this menu! • ✅ G͙O͙O͙D͙ L͙U͙C͙K͙ to all and #gettagging!🤞🏻💥 #competition #giveaway #therealgreekuk #greenmeatsco

Fast-growing Greek chain The Real Greek boasts its own vegan menu featuring hot and cold mezze, souvlaki wraps, and a number of delicious sides and desserts.

All vegans know there's not much better than a good plant-based burger, and Patty & Bun's 'Pamela' comes complete with vegan bacon, mayo, patty *and* cheese.

Veggie✔️ Vegan ✔️ Gluten Free ✔️ Dairy Free ✔️ There's something for everyone on our NEW MENU at Bella!

Bella Italia is another Italian chain that now serves vegan cheese - and there are a number of tasty options available. They even have a vegan dessert - the Cookie Dough Al Forno - which is cookie dough with a melting middle, that's topped with a delicious vanilla gelato and caramel sauce.

The popular sushi chain has expanded its vegan range to include Shitake Mushroom Ramen, Pumpkin Katsu Curry and Inari Tofu Taco, as well as all their delicious veggie sushi options.

Byron is another burger chain who are doing a great job of embracing the vegan culture. They have a whopping three plantbased burgers - including The Truffker, Cali Cheese, and Beetnik.

KFC's original recipe vegan chicken burger has just launched in UK stores to rave reviews. The burger - which is a permanent fixture to the menu - is a meat-free version of the much-loved chicken fillet burger, and is available in stores nationwide.

Costa Coffee have knocked it out the park this Veganuary with the introduction of their Vegan Smoky Ham & CheeZe Toastie - meaning they're one of the few chains to offer plant-based toasties.

Spreading some plant-based love with our Bacon Plant special burger 🌱

Honest Burger has always been hugely popular with vegans due to their Moving Mountains burger, which tastes disconcertingly like the real deal.

And the burger chain has knocked it out the park again with their new Bacon Plant - made with THIS vegan bacon. 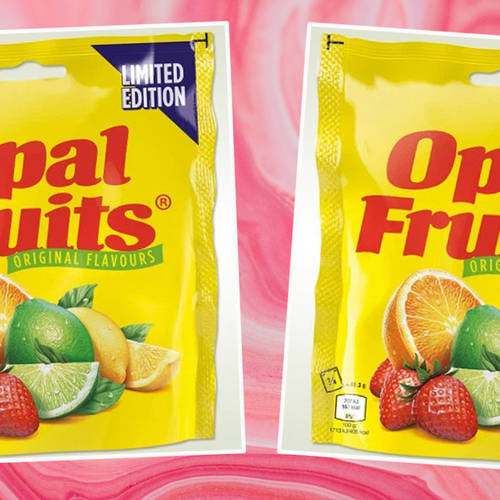 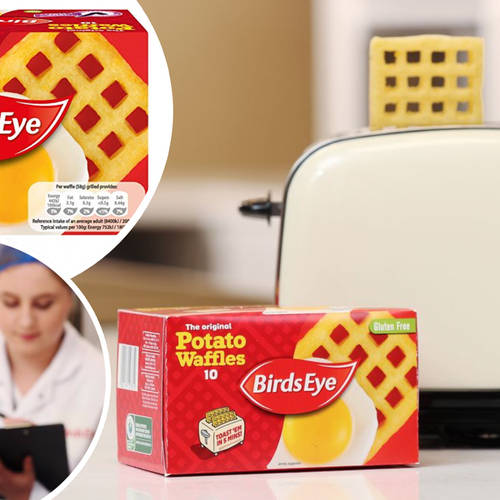