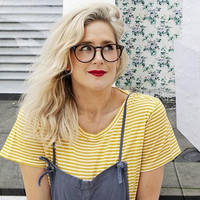 Dirty Mother Pukka is back. This is the intelligent and gritty Global Player podcast where I air the dirty laundry of our brilliant guests, uncovering the highs and lows of the humans behind the big names unfiltered.

This week’s guest is none other than the Stella Creasy, the MP standing up for all mums every day, voting for women’s rights in parliament and doing it in style with her baby in a sling. She joined me to talk about the highs and lows of being a politician and a mother.

Stella hit headlines last year when her baby son Isaac was banned from parliament after she brought him to work with her.

Speaking on episode three of Dirty Mother Pukka, Stella said that she brought Isaac to work because she doesn't get maternity cover.

"If you don't give me a maternity cover, and something needs to be talked about in Parliament, then I'm going to need to take a very small baby with me," she tells me. "Because anybody who's breastfed a really small baby knows that the idea that you can go and leave them somewhere and come back at certain times and they'll pay attention in the ways you want them to..."

Stella Creasy MP has recently launched a campaign called VoteMama in the UK to help mums through mentorship and funding to put themselves forwards for government. We all know about gender inequality in the workplace, the gender pay gap is increasing, and the fact that there are fewer large companies run by women than run by men named John. But when that plays into government, you have a collective of people who aren’t truly representative of society making the rules. As of February 2022, there are 224 women in the House of Commons, the highest ever. This is a new all-time high at 35% and is the first time that female representation in the House of Commons is at more than a third, despite women being half the population.

There are a lot of issues that women face as mothers, and if we had more mothers sitting at the top table, we might take a step towards affordable childcare—the dream. Increased flexible working, tackling the worsening conditions in social care - the list goes on.

Thankfully we have Stella Creasy MP, who is stepping up and tackling the lack of representation of mothers in parliament head-on following her personal battle to get a locum paid near to her salary rate to cover her constituency casework so that she can have maternity leave with her second child. The law prevents a locum from covering the parliamentary work of MPs on parental leave, so she needs to take her young baby with her to vote, which is now banned.

Stella Creasy, MP explained “I have been heartbroken by the way in which my party has responded to calls for maternity cover for MPs, and sadly from talking to many in our movement, I am not alone in feeling frustrated,” she said. “It’s not rocket science why so few women of childbearing age go into politics or stay in it. That isn’t going to change unless we act to tackle the deterrents to running that start before you even stand for office as well as those which persist long after.”

Vote Mama UK is breaking down barriers for parents to politics and starting the much-needed conversation and support to help to lift mums to then stand for election.

To hear more about her Vote Mama campaign and the highs and lows of being an MP from this labour legend, powerhouse mum and all-around kick-ass human, download the Dirty Mother Pukka podcast today on Global Player.