While Eileen Grimshaw was left heartbroken when her boyfriend Jan left her, Coronation Street fans rejoiced.

Coronation Street’s Eileen Grimshaw was left devastated last night after Jan Lozinski ran away without her.

Jan was desperate for the couple to start a new life together after he was shot for leaking information to the police about a human trafficking ring.

After making up a story that she was going on a two week holiday, Eileen later told Seb Franklin (Harry Visinoni) the true story that she and Jan had accepted a witness protection plan and would be fleeing forever.

But when he suspected something was up, Sean Tully (Antony Cotton) managed to force the information out of Seb, and tried to convince his friend to stay.

"You're making the biggest mistake of your life,” he told Eileen, before turning up at the hospital to try and talk Jan out of taking his girlfriend on the run with him.

As Eileen headed to the hospital later that day, she found Jan had discharged himself early, leaving only a farewell letter behind with Sean.

After reading Jan's letter, Eileen was furious with Sean for his actions, but viewers at home were relieved the Corrie legend would be sticking around.

Now a furious Eileen knows Sean's role in Jan leaving without her, is this the end of their friendship?

Join us Friday to find out. #Corrie pic.twitter.com/IArJI1qpYB

One ITV viewer wrote on Twitter: "Corrie wouldn't be the same without Eileen!"

A second agreed: "Gutted for Eileen, but glad she is staying at @itvcorrie,” while a third added: "So glad Eileen isn't leaving!"

I am so pleased that Eileen isn't leaving. There should be some fun on the cobbles now that Mary has moved in too. Bring it on!!!

Although some were upset for Eileen, and blamed Sean for ‘interfering’ in her business.

“Keep your nose out Sean. Do you want Eileen to be unhappy? #Corrie #CoronationStreet,” said one, while a second slammed: “How about shut up and let Eileen live her life. 🤷‍♂️#Corrie#CoronationStreet”.

Unfortunately for Eileen, Coronation Street have confirmed there are no plans for Jan to return so she will be left to pick herself up after another failed relationship. 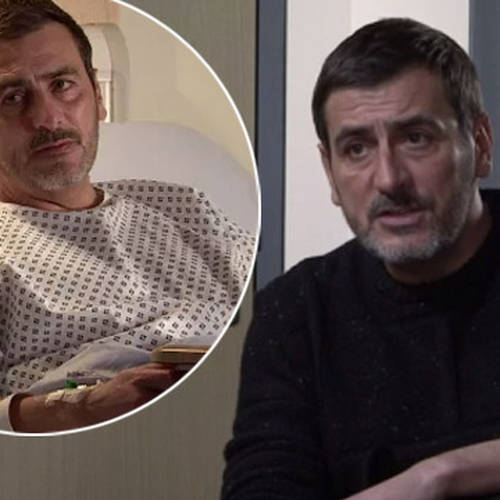