What is actress Barbara Knox's age? Here's what we know about Coronation Street's Rita Sullivan...

Rita Sullivan has become one of Coronation Street's most iconic characters over the years.

As well as three marriages, Rita (Barbara Knox) been left for dead on numerous occasions and even adopted surrogate children.

But how old is Rita from Corrie? And how long has she starred on the ITV soap? Here’s what we know…

How old is Rita from Coronation Street?

While Corrie character Rita’s age is not specified in the soap, Barabra Knox’s age is 86-years-old.

The actress was born in Oldham, Lancashire on 30 September 1933.

She made her acting stage debut in 1962 with The Boyfriend at Oldham Rep, before going on to appear in TV shows such as George and the Dragon, Feel the Width and Never Mind the Quality.

How long has Barbara Knox been in Coronation Street?

Barbara first appeared in Coronation Street in 1964 as Rita Littlewood.

She was only in the soap for one episode, before she returned six years later in January 1972 as the wife of Harry Bates, Rita.

This means the star has been on Corrie for 56 years, and 48 years as a full-time cast member.

After such a long stint on our TV screens, Barbara received a Lifetime Achievement Award at the British Soap Awards in 2004.

There has been no indication that Barbara’s legendary character Rita will be leaving Coronation Street anytime soon, however due to the pandemic, older actors are currently not allowed on set.

Corrie resumed filming on 9th June after production was halted during lockdown at the end of March.

But while the Corrie cast and crew are back in the studio - while keeping their two-metre distance - no cast or crew over the age of 70 are allowed on set at first.

In the coming weeks, individual risk assessments will be carried out to decide when it will be safe for them to return.

This means the likes of Rita, Ken Barlow, Audrey Roberts, Evelyn Plummer and Roy Cropper will be missing from upcoming episodes.

Now Read: Who did Susie Blake play in Coronation Street? And why did her character Bev Unwin leave? 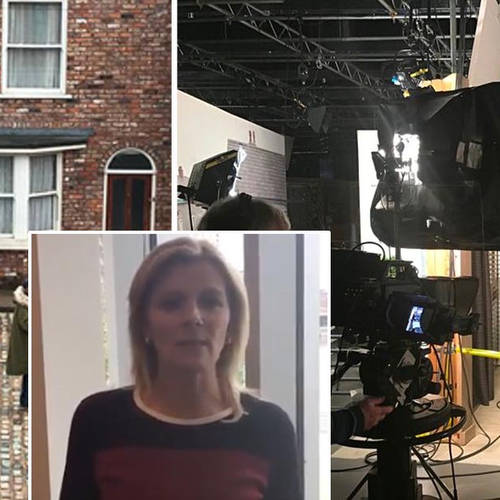