What happened to Denny in EastEnders and how did he die? Find out everything...

As part of the BBC soap’s 35th anniversary, Walford’s residents were left fighting for their lives when a boat party went horribly wrong.

But some viewers who missed the dramatic episode have been left wondering what happened to Denny and how he died. Find out everything here…

How did Dennis die in EastEnders?

In a harrowing episode to close out EastEnders’ 35th anniversary week, Sharon Mitchell’s son Dennis Rickman drowned in the Thames.

The drama began when Ian Beale (Adam Woodyatt) locked Denny in a room below deck on the boat to try and get revenge on behalf of Bobby (Clay Milner Russell).

Dennis had previously posted Islamophobic messages about his son Bobby online which led to him being beaten up.

When Phil Mitchell and Keanu Taylor's brawl caused the boat to crash into a nearby ferry, Ian went back to rescue Denny.

Despite dropping both his glasses and the keys to the locked door in the flooded hallway, Ian did eventually manage to free the teen by breaking down the door with a fire extinguisher.

However, just as it looked like they had escaped, a surge of water rushed towards the pair and they were swept away.

When the paramedics pulled their bodies out of the river, they failed to resuscitate Denny and he was pronounced dead at the scene.

At the hospital, Ian later woke up and asked Kathy what happened to Dennis, explaining that he tried to save the boy but they were separated.

Ian was unaware at the time that Dennis had tried to send a voice message to his mum Sharon explaining what happened before he died.

“I never want to see you again.” #EastEnders pic.twitter.com/IIAQjsWq2v

When asked why Dennis became the casualty of the boat party, producer Jon Sen said: “When we discussed this – and it’s true of any soap or drama – you want consequence.

“That is the main thing that comes out of the death we are seeing. It is where it goes, it’s the people who are left behind and the story that it generates. It is very well thought out.”

Read More: Why is EastEnders not on tonight? BBC bosses reveal new scheduling details amid Coronavirus shut down

Is EastEnders getting axed after 30 years? How the soap's TV schedule has changed 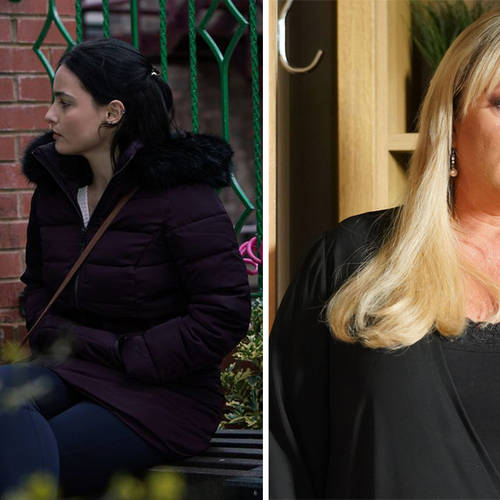