Emmerdale’s Maya Stepney could be killed off now her affair with teenager Jacob Gallagher has been exposed.

The paedophile teacher was finally outed last night when Priya Sharma caught her kissing the 16-year-old schoolboy outside a club.

And shocking scenes teased in the soap’s latest trailer hint that she could be murdered in the events that follow.

During Thursday’s episode, Maya got caught up in a fiery row with David Metcalfe and Tracy Shankley before storming outside and accidentally running into Jacob.

The secret lovers ended up passionately kissing in the shadows, but were spotted by Priya who told Tracy later that night.

And now the affair has been discovered it seems as though the women of Emmerdale are set to take justice into their own hands.

The clip suggests a brutal attack on Maya by Jacob’s biological mother Leyla Harding, which ends with her, Priya and Tracy burning someone’s clothes and planning to “stick to the same story”.

The most-talked about Emmerdale storyline of the year has caused much controversy due to its shocking plot.

The actress at the centre of it all, Louise Clein, opened up about filming the underage kissing scenes during an interview on Loose Women earlier this week.

She said: "It's a job, that's what we do. It's awkward when it's somebody that's your own age as it is somebody who's young.

The 40-year-old continued: "That was the story that was put for his character so they couldn't change that as such but he's always got chaperones around and we've tried to stay away from as much physical stuff on screen as possible.

"We don't want to make it titillating or raunchy that's not what we're doing it's more about the manipulation."

The next instalment of Big Night Out will air next week and reveal exactly what happens in the aftermath of the dramatic night. 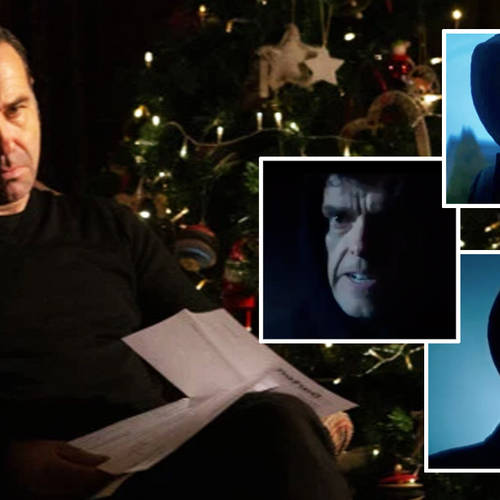