Where are Holly and Phil on This Morning and when will they be back?

As we head into another week of uncertainty, This Morning is back on our screens to bring some normality.

But this week, hosts Holly Willoughby and Phillip Schofield won’t be presenting, instead replaced by Eamonn Holmes and Ruth Langsford.

So, where are Holly and Phil and why are they not on the show today? Here’s what we know…

Holly and Phillip are taking time off for the October half term for the next two weeks.

39-year-old Holly will no doubt be spending time with her husband Dan Baldwin and their three children, Harry Belle and Chester during the school holidays.

Friday hosts Ruth and Eamonn will be filling in on the show until they return on November 2.

Ruth posted a video of herself on Monday morning as she walked down the hallway of the ITV studios, panning to a photo of her and her husband on the wall.

Good Morning Britain hosts Susanna Reid and Piers Morgan are also taking two weeks off work to spend time with their families during the half term,

On Monday morning, new presenter Sean Fletcher handed over to Kate Garraway and Ranvir Singh at 6:30am, leaving viewers confused.

"Where's Piers ?? got up early to watch #GMB @piersmorgan,” another wrote.

A third concurred: "Where is @piersmorgan ? #gmb.”

Now Read: Phillip Schofield ran off This Morning set to be sick at height of mental health issues over sexuality 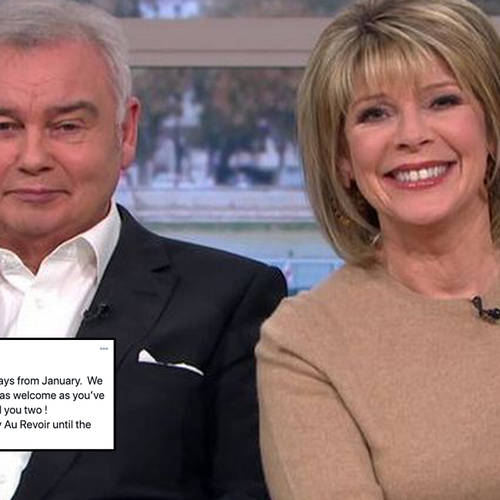