TikTok has announced new safety features which allow parents to have more of a say on what their children are doing on the platform.

Video-sharing app TikTok has announced its new ‘safety mode’ which will link a child’s account to their parent’s.

This means that parents will be able to control how much screen time their son or daughter is allowed on the social media site.

Using the tool, mums and dads can also control who can directly message the account and what types of content will appear on their child’s feed.

The company has said the changes are important at making sure users 'have a healthy relationship with online apps'.

Writing in a blog post, Cormac Keenan, TikTok's head of trust and safety in Europe, said: “When people use TikTok, we know they expect an experience that is fun, authentic, and safe.

Read More: Netflix will be cracking down on those who share passwords with family and friends

“As part of our commitment to safety, the wellbeing of our users is incredibly important to us.

“We want people to have fun on TikTok, but it's also important for our community to look after their wellbeing which means having a healthy relationship with online apps and services.”

Read More: How to stop strangers listening in to your Amazon Alexa, Google and Apple smart speakers

This announcement comes in the midst of worries over the way youngsters are affected by the internet and in particular social media.

And after vowing to make things safer for their own users, Facebook has said it wants to work with the government on these ‘new rules for the internet’.

Their proposals include the social media giant facing safeguards that could force it to take more responsibility for problem content.

Sharing the company’s guidelines on Twitter, Facebook’s head of global affairs and communications Sir Nick Clegg said: “Facebook wants to work with policymakers to create new rules for the internet.

“We published a White Paper that offers five principles that could frame content regulation, especially outside the US, that keeps the internet safe and protects free expression.” 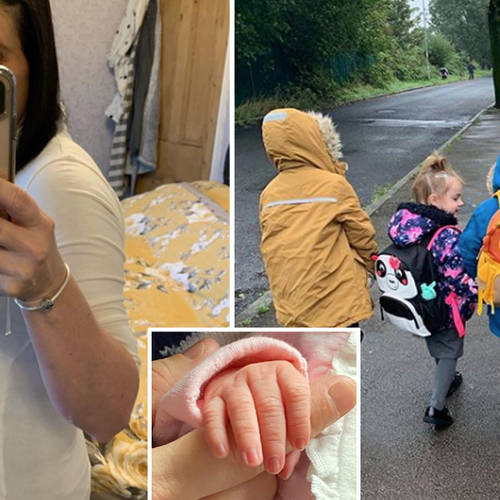