How old is Leah Williamson and where is she from? Everything you need to know about the England football captain...

It’s a big month for the England football team as the Women's Euro 2022 kicks off.

The games will be held across England, with a number of stadiums playing host to the group stages.

And the woman hoping to lead the nation to victory this year is captain of the Lionesses squad, Leah Williamson.

But what do we know about Leah away from the football pitch? Find out everything…

How old is Leah Williamson?

Arsenal player Leah describes herself as being ‘exceptionally’ patriotic, adding: “I’ve been brought up that way – so I love representing my country.”

Leah joined Arsenal's Centre of Excellence in 2006 at the age of just nine-years-old and made her senior team debut in 2014.

She has played for her country for the past four years, joining the women’s team in 2018.

Aside from football, Leah is also studying accountancy part time and also fancies herself as a singer.

She also has music in her family, admitting: “My grandad once had a Top 40 hit with his band The Good Time Losers called Trafalgar Square.

“They supported Pink Floyd and The Who back in the day so we are a musical family.”

Opening up about England’s chances in the UEFA Euro, Leah said the team were ‘in a great place’.

“We’ve put in the work over the past however many weeks, we’ve ticked the boxes we’ve needed to tick, but also we know how big of a moment it is over the summer,” she said.

“We know what it is, we know what to expect and we’re ready for it. Everyone has their own things in place to be able to deal with it. Pressure is a privilege so it’s something we’re embracing and it comes with it – it’s part of the job.” 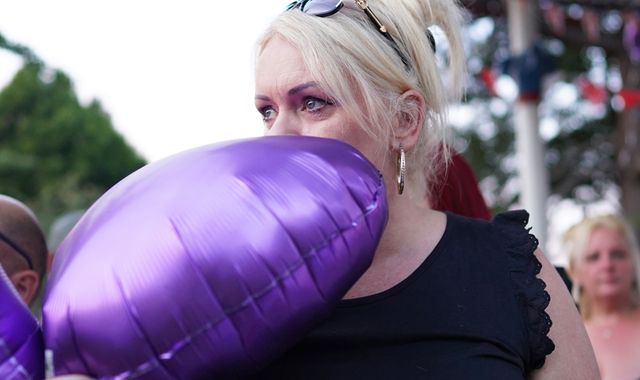