The Dancing On Ice curse of bad falls has been doing the rounds again, this time hitting contestant James Jordan and his dancing partner, Alexandra Schauman.

The DOI hopeful was left mortified after accidentally dropping the skater on her head during rehearsals this week.

While practicing a dangerous lift, James appeared to lose his footing and his grip of his skating partner, who then folded over in front of him head first. 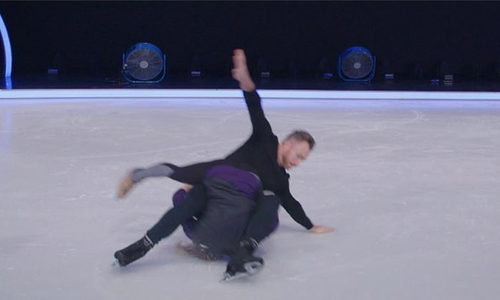 In pictures released by ITV, the ballroom dancer - who is tipped as one of the favourites to win - was seen holding Alexandra upside down in between his legs when they both suddenly hit the ice.

A horrified James was seen landing on top of her with Alexandra's head hitting the floor first.

Paramedics rushed onto the ice to help while a scared looking James sat by trying to comfort his team mate.

The Ex Strictly star had previously explained that dropping Alexandra was one of his biggest fears on the show, and up until this point he had managed to avoid doing so. 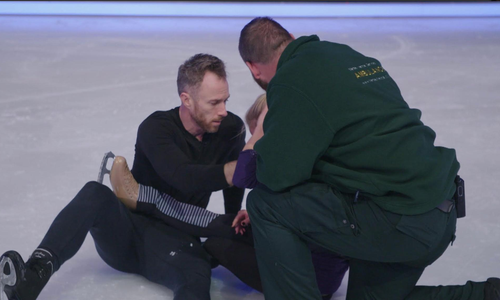 However, James isn't the only one to have a terrible fall during this season's DOI, with fellow contestant Brian McFadden recently dropping his dance partner Alex Murphy during their routine on the live shows.

Other contestants including Melody Thornton, Wes Nelson and Gemma Collins have also taken dangerous falls on the ice since competing in this year's Dancing On Ice.

And despite the chill from the skates, the competition is only hotting up, with the last remaining five couples competing to become this year's skating champion.