Ant and Dec played the ultimate prank on Bradley Walsh during filming for Saturday Night Takeaway.

In a teaser clip for next week’s show, the Geordie duo can be seen rigging an episode of The Chase so the team win a whopping £200,000 prize fund - which is the highest ever.

They start by getting hold of the confidential questions before they start telling the contestants what to do, with Ant, 44, teasing: "Prepare for the best cash build up round ever."

Bradley, 56, looks shocked when one competitor then gets an impossibly hard question right, before getting frustrated with another player who leaves it until the last second before pressing the button.

At one point, cheeky Ant and Dec can be seen in stitches as Brad completely loses his cool and puts his head on the desk, shouting: "Oh my god."

He later declares: "Are you having a laugh! This is a wind up," before Ant and Dec, 44, dress as firemen and press a big red button.

As an explosion then flashes in front of Bradley, the camera flashed back to the Saturday Night Takeaway studio as Ant and Dec told the audience: "Can’t wait to show you that."

But viewers weren’t impressed about having to wait until next week to watch the whole thing, as one wrote on Twitter: "Hey Ant & Dec where is the Bradley Walsh Prank? Daughter very disappointed to say the least!"

And a fourth slammed: "Wait so the Bradley Walsh under cover isnt even on tonight why do they keep teasing it?"

This isn’t the first time Bradley has been pranked by Ant and Dec, as they first tricked him 15 years ago

At the time, Brad was starring on Coronation Street and was booked as an after-dinner speaker at 'TKWay Plastics'.

There he was forced to sing along with the rest of the company (or actors) and offended them when they paid tribute to fictional company mascot Dotty the Duck - who had ‘passed away’.

When Dec emerged dressed as Dotty the Duck, Bradley realised the pair were behind the prank and burst into laughter.

Read More: Joe Swash admits Dancing on Ice has left him ‘physically, mentally and emotionally on the edge’ 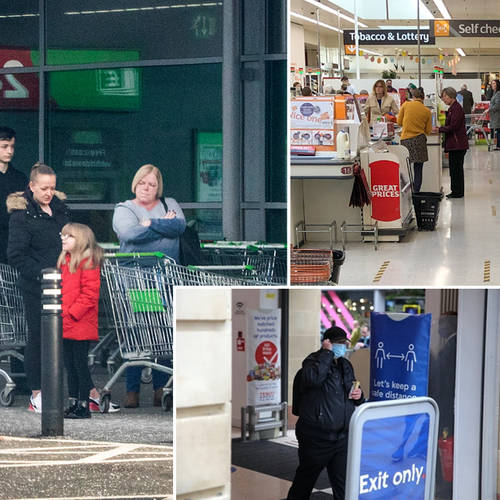