The Strictly professionals are reportedly battling it out to be partnered with Nicola Adams.

Strictly Come Dancing is set to make history this year.

Not only will the series be filmed with social distancing measures in the midst of a pandemic, but bosses will be pairing the first ever same-sex couple on the show.

Boxer Nicola Adams joined the line up earlier this month, but she only agreed to take part if she was partnered up with a woman.

And it looks like the professionals are very excited about the prospect and are ‘battling it out’ to share the floor with Olympic champion Nicola, 37.

Katya Jones, 31, is thought to be a front runner after previously saying she would love to teach a female celebrity how to dance.

A TV source told The Sun: “Katya has been telling everyone on the show how keen she is to be paired with Nicola.

“She’s a huge believer in girl power and thinks they’d make a great team and be a hit with the viewers at home.”

According to the Daily Mail, Oti Mabuse, 37, Karen Hauer, 38, and Janette Manrara, 36, have also expressed an interest in being paired with Nicola.

This comes after Katya told the Sunday Mirror she is keen to be partnered up with a woman to 'try out new ideas.'

“I think creatively it would be really ­interesting, and I love coming up with new ideas for stuff,” she said, adding: “So on that side I think it would be quite interesting.”

Nicola recently revealed she had barely told anyone about appearing on Strictly this year, but was excited to make history,

She told the BBC: “It’s really important. It’s a big step for the show and it’s nice to see that we are able to move on. I just can’t wait to get some dancing done.”

How long will Strictly Come Dancing 2020 be on for?

When does Strictly Come Dancing 2020 start?

How to apply for Strictly Come Dancing studio audience tickets 2020 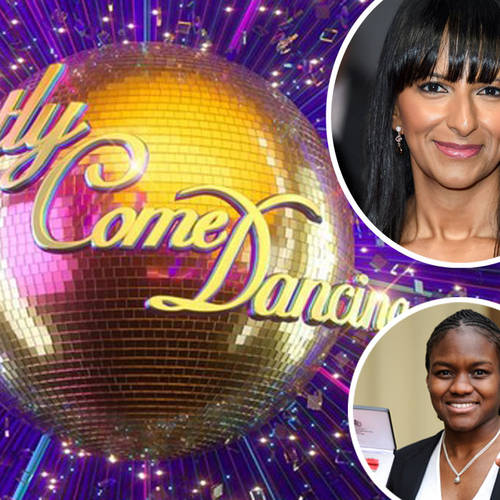