All the Christmas adverts released so far in 2020 - Sainsbury's, John Lewis, Aldi and more

Christmas adverts 2020: Watch all the Xmas adverts released this year including Argos, Amazon, Aldi and Asda.

While Christmas will look very different for many of us this year, there are still a number of traditions that will still be here for 2020.

One of these is the annual release of shop and supermarket Christmas adverts, and these are coming in thick and fast.

While we still have a while to wait for the legendary John Lewis offering, Argos, Amazon, Aldi and Asda have all shared theirs.

Here are all the best Christmas adverts released so far in 2020.

Aldi's iconic Kevin the Carrot is back for 2020, which sees the vegetable make a journey back to his wife and kids after accidentally being ejected from a plane.

The start of the emotional video sees Baby looking out of the window and saying: "It’s not Christmas until my daddy gets home."

Aldi have been using Kevin the Carrot as their mascot since 2016, and film fans might also notice a cameo from Star Trek actor Colm Meaney plays Santa in the ad.

Speaking about his role, the actor said: "I thought it was about time that I played the big man himself and so was delighted to be asked by Aldi to be part of its Christmas campaign.

"Kevin the Carrot and his family were incredibly welcoming on set and the whole experience was a total joy – even getting in and out of the big red suit.

"This year has been incredibly challenging for everyone, but I hope that over the festive season people will be able to enjoy this special time with family and friends – and maybe the odd mince pie or turkey sandwich."

He added: "Oh, and contrary to many men during lockdown, I can confirm that the beard is not mine."

Asda's advert sees real life Asda superfan and actor Muzz Khan playing the role of "Sunny", who proclaims that Christmas will look different this year and celebrates at home with his family.

He says: "I guess Christmas is going to be different this year so let's really make the most of it.

"We can still make new friends and keep the old traditions. Asda's got it covered.

"It's the Christmas we all need at the prices we all want."

The Argos advert features two adorable sisters impressing their parents with their skills as budding magicians.

During the show they put on for their family, their tricks gradually get more and more advanced - transforming their living room light into a chandelier and room into a huge theatre.

Amazon's Christmas advert is themed around the events of this year, telling the story of a young ballet dancer who has her performance cancelled by the pandemic.

It features a cover of Queen's The Show Must Go On, and features her neighbours banding together to help her put on a show in the garden.

Sainsbury's have released an emotional advert showing the importance of family.

It features a phone call between a father and daughter set against home videos of previous Christmas.

They are heard talking about how much they want to see each other at Christmas, and how much they love mum's roast potatoes and dad's gravy.

It is one of three Sainsbury's Christmas ads released this year.

Their 2020 campaign urges the nation to 'Give A Little Love' this Christmas, featuring a song of the same name by Celeste.

The campaign aims to make a difference to those hit hardest during the pandemic, and aims to raise £4m for two charities - FareShare, which helps those facing food poverty and Home-Start, which works with parents who need support.

John Lewis and partners will also donate £1m to charities who support families in their local communities.

The charities will use these donations to provide food, comfort, emotional support and advice to at least 100,000 families in need. 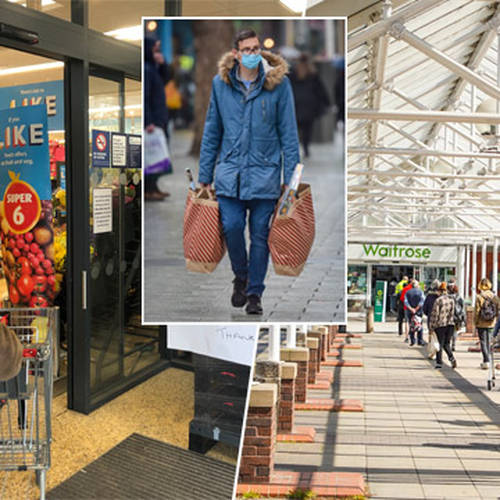 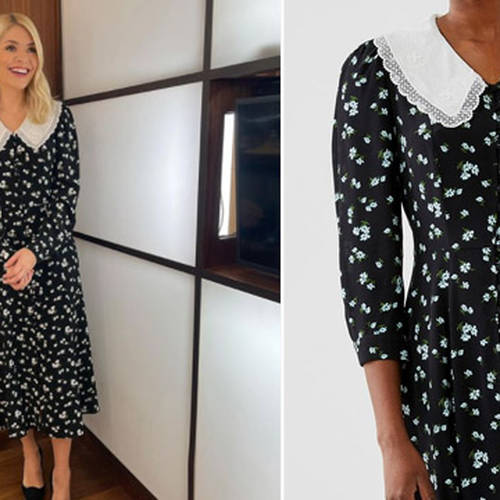