A recent study has found that more and more people in the UK are named after Disney characters.

From Frozen to the Lion King, we're a nation of Disney lovers.

So it’s probably no surprise that more than a million people in the UK are named after a character from one of the iconic films.

A study by travel company Florida4Less, revealed that names taken from animated classics such as Snow White and Toy Story have risen dramatically over the last ten years.

The research also found that those aged between 18 and 34 are the biggest fans so are the most likely to give their child a Disney-based moniker.

While the more recent films such as Frozen and Tangled are the Box Office standouts from this century, the most popular name is actually Jasmine from 1992’s Aladdin.

Rex comes in a close second inspired by the loveable dinosaur from Toy Story, while Belle is up there from Beauty And The Beast.

Another Toy Story name is in fourth, with ‘Jessie’ rising in popularity, and Minnie from 1928 classic Steamboat Willie is in fifth.

The 2009 film Princess and the Frog has seemingly prompted mums and dads around the country to name their children ‘Tiana’ which is the sixth most popular.

Unsurprisingly, Elsa from Frozen is also up there and will no doubt shoot up even more when the second film is released at the end of November.

Despite this, the study also revealed that 16 percent of UK adults said although they thought it was a "nice idea" to name a baby after a Disney character, they wouldn’t do it themselves.

Read More: When will Disney's Lizzie McGuire reboot be released and who’s rejoining the cast with Hillary Duff?

And speaking about the research, Florida4Less director Martin Berens said many parents are worried these “non-traditional” names are taking over.

He said: "While more than a quarter (26 percent) say they’d consider naming their child after a character from a film, book or TV show, including Disney, three in ten told us they think too many non-traditional names are being given to children. It’ll be interesting to see how attitudes change in the future."

And they might be on to something as according to the Office for National Statistics, parents are no longer choosing nineties names, which is causing them to completely die out.

To find their results, they looked at government data available on baby names in England and Wales as far back as 1996, they then compared the numbers to names given to babies born in 2017.

And apparently, Shannon and Kirsty are among the least popular for girls, while parents are less unlikely to name their son’s Craig or Jordan. 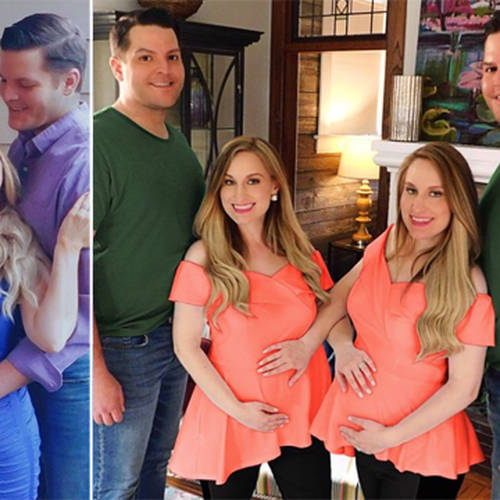