When did Kelvin Fletcher leave Emmerdale? And what happened to his character Andy Sugden? Find out everything...

Strictly Come Dancing viewers might have watched Kelvin Fletcher lift the glitterball trophy with his partner Oti Mabuse earlier this year, but soap fans know him for his 20 year stint on Emmerdale.

The actor hit our screens more than two decades ago in 1996 at just 12-years-old, and has since gone on to become the most recognisable faces on ITV.

But what happened to Kelvin Fletcher’s character Andy Sugden in Emmerdale and why did he decide to leave? Here’s what you need to know…

Who did Kelvin Fletcher play in Emmerdale?

Kelvin was known to millions of Emmerdale fans as Andy Sugden, one of the soap’s most beloved characters.

The star played joined the ITV soap in July 1996 as Andy Hopwood and stayed until his departure in 2016.

He was part of some huge storylines including a string of failed romances, time behind bars and a few murders.

After arriving in the village Andy was adopted by the Sugden family, he later met Katie (Sammy Winward), who became his on-off girlfriend until she departed in 2015.

Andy's affair with Debbie Dingle was also a huge storyline after they welcomed their daughter Sarah, before he then went on to marry Jo (Roxanne Pallett).

This led to a ground-breaking domestic abuse storyline in 2008 which saw Andy lose his temper with his wife.

He also had a bitter feud with his brother Robert and Robert's affair with wife Katie saw Andy spiral into depression and attempt suicide in 2015.

What happened to Andy Sugden in Emmerdale?

Kelvin’s character Andy left the village in 2016 wyhen he escaped from custody after being framed for attempted murder by Robert’s fiancé Chrissie White (Louise Marwood).

Chrissie hid a gun which her murdering son Lachlan used to shoot her father Lawrence (John Bowe). She then tried to blackmail Andy’s barrister into making him plead guilty.

Andy ignored this and ended up pleading not guilty, he escaped from prison and went on the run with a fake passport.

His stepsister - and romantic interest - Bernice Blackstock (Samantha Giles) said she’d go with him, but changed her mind just before he left.

Why did Kelvin Fletcher quit Emmerdale?

Kelvin left to pursue a career in car racing after admitting he wanted to "do other things".

He previously told The Bolton News: "The storylines on Emmerdale were great, the show was great, and the morale around the place was great. But I found myself in this weird position.

"They had given me this sense of belief and sense of confidence, and I felt that artistically, I was really coming into my own." 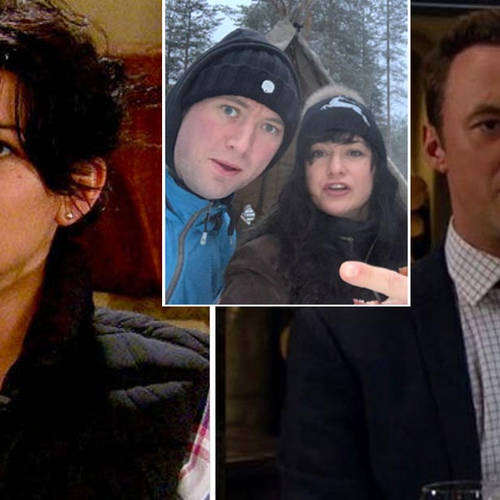