Prince George wore a stripy t-shirt in a photograph taken by Kate Middleton on his birthday - here's where you can buy it.

Prince George is celebrating his eighth birthday today, and posed for an adorable photograph to mark the occasion.

The picture was taken by his mother Kate Middleton, and shows him beaming while sat near a green field.

A statement from Kensington Palace read: "The Duke and Duchess of Cambridge are very pleased to share a new photograph of Prince George ahead of his eighth birthday tomorrow."

In a nod to his late great grandfather Prince Philip, Prince George is sat on top of his parents' Land Rover Defender.

Prince Philip, who died in April aged 99, had a passion for engineering and regularly drove Land Rovers.

Prince George was dressed in a blue and orange striped polo neck for the photoshoot, and shoppers can pick it up for the bargain prince of £10.

A post shared by Duke and Duchess of Cambridge (@dukeandduchessofcambridge)

Where is Prince George's polo shirt from?

The top is from John Lewis, and you can view it here.

Currently, the exact one that Prince George wears is sold out, but you can buy a similar one from the site in different colours here.

Speaking previously about Prince George's outfits, children's fashion designer Rachel Riley told Hello!: "What was most wonderful about the pictures of Prince George as a toddler wearing our outfits was that it kick-started a revival in traditional children’s wear.

"It’s very common these days to see children running around in smocked outfits and classic styles and I would attribute this renaissance to Prince George and in particular his mother's choices when it came to what she dressed him in when he was little." 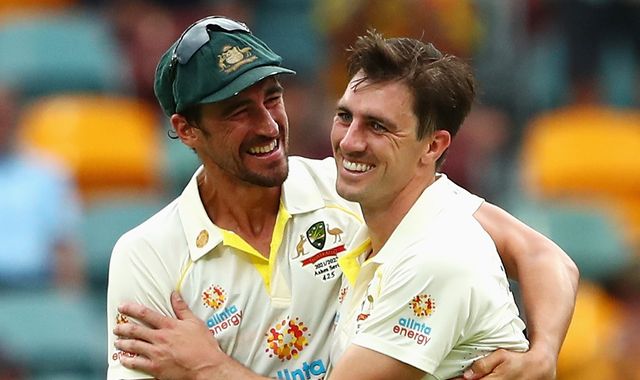 The Ashes: England skittled for 147 on day one as Pat Cummins makes dream start as Australia captain