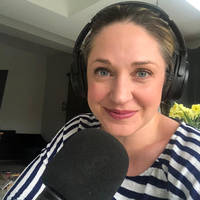 The Pussycat Dolls star revealed that when he approached her at a swanky party, she was left dumbstruck - but not before saying something very weird to him.

Ashley Roberts has admitted that she "literally can't speak" to some celebrities - and Justin Timberlake has made her freeze up TWICE.

The Pussycat Dolls star opened up on this week’s Heart Showbiz Hub Podcast about her most embarrassing showbiz moments - and both involve the former *N Sync star.

Before he started dating his now wife Jessica Biel, Ashley used to see JT on the showbiz circuit a lot, and she developed a HUGE crush on him. Unfortunately she had a bit of an issue whenever he tried to speak to her.

She said: "I was at this Grammy afterparty way back in the day when we were both single. I was going up to the bar to get a drink, then I turned around and he was standing there, trying to say hello to me.

"I said ‘OK, bye!’ and just turned around and walked away and I was like, WHAT HAVE YOU DONE?!"

Unfortunately for Ashley, a little while later it happened again.

She added: "We were in New York when he came up and tried to talk to me. I literally couldn’t form sentences! He just grabbed my hand and said 'OK then! I’m just going to head off...'

"I shut down! There’s just some people that I go back to being like a five year old girl with - I forget how to talk!"

Good to know that being a member of one of the biggest girl groups of all time doesn’t mean you can’t still have those cringe moments...

You can hear Ashley telling us more about her A-lister embarrassments on this week’s Heart Showbiz Hub Podcast, out now, or listen in the player below.