An electric blanket, no phones and lots of tea... JK and Kelly Brook reveal their movie night must-haves 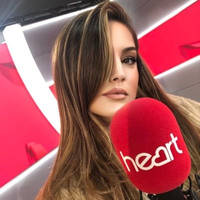 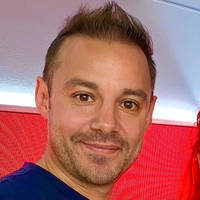 The Heart Drive presenters were gripped when they watched Renee Zellwegger's portrayal of troubled star Judy Garland - and one of them found it eerily familiar...

Kelly Brook: 'Nothing beats a movie and a cuppa'

There’s quite a lot of preparation that go in to my movie nights - but as my boyfriend Jeremy and I have one almost every night of the week, I’ve got it down to a fine art.

I’ve recently bought and learnt how to use smart plugs - and they have changed my life. On my way home from presenting Heart Drivetime with JK I use my phone to set my house’s lights to ‘ambience’. It’s not quite a cinema experience, but it definitely makes watching a film more of an occasion!

If I remembered to plug it in before I left the house, I could probably also remotely switch on my electric blanket so the sofa is all toasty ready for when I arrive - but as I don’t want Jeremy to feel like he has nothing to do I ask him to do that.

He’s also in charge of preparing the in-film refreshments, bringing out mugs of camomile tea, biscuits and Popchips - because they’re not fried I feel like they’re not as bad for you as standard crisps!

The most recent film we sat down to watch was Judy. I was absolutely transfixed, and it definitely brought a feeling of nostalgia. The location at the heart of the film, the Noel Coward Theatre, was like a second home to me when I was in a production of Calendar Girls in 2009.

Seeing Judy’s loneliness also really resonated with me. Coming out of the stage door at night when most places in Soho have closed for the night is incredibly eerie.

Renee definitely captured the magic and inner turmoil of one of the most complex women in the history of showbusiness.

Being a dad of two young kids, there are two types of movie nights in my house - family, and couple.

Saturday nights are when me and my wife Charlie tend to watch films. We put our two kids, aged 2 and 5, to bed, and then it’s our time to relax and spend a bit of quality time together.

Recently, because it’s winter, we’ve been putting a the fire on - a proper one, with logs - and like Kelly we are big on having the right lighting. It creates such a gorgeous atmosphere, and really helps us lose ourselves in the film’s story.

I have also invested in a surround sound system for the living room, so the films sound great.

We aren’t really big snackers, but being busy working parents we relish the chance to unwind and share a drink. I’ll always opt for a pint - bigger the beer, less chance I’ll have to pause the film for a top-up, and Charlie will have a glass of Prosecco.

I was mesmerised by Renee’s performance, and until I watched Judy, I was completely unaware of the turmoil that woman went through, or how incredibly sad her life was.

It was a powerful, important film, and I really enjoyed it.

Sky Store brings you the latest movies straight from the cinema for your big movie night in. Judy is available now in Sky Store.