Ready Steady Cook 2020: When does Rylan Clark Neal's reboot start and how does it work?

Classic 90s cooking programme Ready Steady Cook is back on BBC One.

The ultimate cookery show is back as the relaunch of Ready Steady Cook, this time with Rylan Clark-Neal replacing Ainsley Harriott as the host.

Former X-Factor star Rylan, 31, will be joined by a stream of new talent from the culinary world as he sets a series of challenges.

So, ahead of the reboot, here’s everything you need to know…

The good news is that you don’t have to wait any longer for Ready Steady Cook as it’s back on Monday 2 March.

Who is hosting Ready Steady Cook 2020 and why is Ainsley Harriott not doing it?

Chefs Michael Reid and Anna Haugh are also joining the teams for week one, while others signed up include Romy Gill, Akis Petretzikis and Ellis Barrie.

The show was originally presented by Fern Britton between 1994-2000, with Ainsley taking over and until it finished in 2010.

Speaking to Weekend Magazine, Rylan said: “The first thing I did when the BBC asked me to join was call Fern [Britton; original presenter] and Ainsley, it’s the way I’ve been brought up.

“If I know someone’s done a job before me, I ask, ‘Are you all right with me doing it?’ Both of them were so lovely. It’s been ten years since the show was on, and a lot has changed since then.”

How does Ready Steady Cook 2020 work?

If you didn’t catch the show back in the 90s, each episode sees two contestants paired with a chef.

Given the team name green pepper or red tomato, they then go up against their components to create the best tasting dishes.

The new series sees chefs will face two different challenges - firstly, they will reveal their bag of ingredients all purchased within a range of prices from £3.50 to £10.

Getting just 20 minutes, they will have to create a dish to win over the studio audience who choose the best with voting cards.

Read More: Who is Dancing On Ice star Ben Hanlin's wife and does he have children?

After that, in a slightly different twist, the teams will have just 10 minutes to come up with another dish based on ingredient cards set out by the audience.

BBC bosses say the new show aims to reflect how the food industry is changing, including cooking on a budget, eating healthily and managing food waste.

Kitty Walshe, Joint Managing Director for Remarkable TV, says: “We’re absolutely thrilled to be bringing back such an iconic favourite. Ready Steady Cook was a staple ingredient of TV viewing for so many years and our refresh will bring it right up to date, while keeping the essence of the much-loved format. Rylan is the perfect host to bring the series back and the show promises to be the perfect mix of culinary inspiration and fantastic entertainment.” 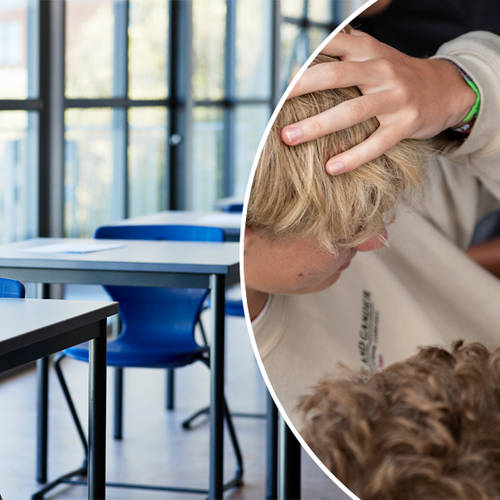